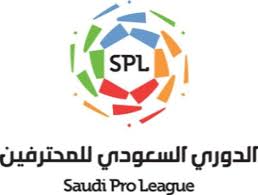 January 24 – In a move to bolster expertise and grow, the Saudi Pro League has appointed experienced football executive Garry Cook as executive president and CEO.

On Sunday, Portuguese star Cristiano Ronaldo debuted in the Saudi league with Al Nassr, bringing global attraction to Saudi’s domestic game. On the sidelines the league stepped up its management infrastructure with the introduction of Cook as executive president.

“I was immediately impressed by the passion and ambition of the Saudi Pro League’s board and leadership. The Ministry of Sport is committed to delivering a wider role for sport as part of the Kingdom’s Vision 2030 and football, as the most popular game, is central to that mission,” said Cook.

“We have been challenged to deliver a programme of transformation for football on the world stage. I have been warmly welcomed in Riyadh and look forward to immediately starting work to realise our ambition to make Saudi football a powerhouse of the global game.’

Cook has a track record as sports executive, having worked 12 years at sportswear giant Nike, including as chairman. From 2008 to 2011, he served as chief executive of Manchester City to serve. He also worked for the UFC’s UK operation where he climbed the ranks to become chief global brand officer.

In Saudi Arabia, Cook will be joined by Peter Hutton, as a consultant, as well as Lamia Bahaian, the head of the women’s football department at the Saudi Arabian Football Federation (SAFF) and Adel Mallawi, an executive from the financial sector, at the top of the football pyramid. AbdulAziz Alafaleq will serve as chairman.

Allazeez said: “Over the coming months and years, Saudi Pro League will be working across the football ecosystem to make SPL one of the world’s leading football leagues.

“In order to achieve this, we recognise the need to improve our league operations, add new talent and develop our local players, improve infrastructure and fan experience, create a world class media and broadcast product with global appeal, and nurture the league and clubs’ ability to grow commercial opportunity to build financial sustainability.”

Meanwhile Hutton’s expertise from roles with Facebook, Eurosport, Fox Sports, MP & Silva as well as IMG will be an asset to the league that is seeking to drive commercial and media revenues on the back of Ronaldo’s arrival.