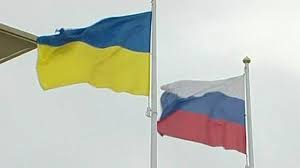 January 25 – Russian teams look set to remain banned from European competitions due to the war in Ukraine, according to unconfirmed reports.

Russian officials held a meeting with UEFA on Tuesday almost a year after ban on European competition was imposed but are reported to have made little progress.

Russia is already banned from taking part in the qualifying competition for Euro 2024 and will apparently be stripped of hosting the UEFA Super Cup – the showpiece game between the Champions League and Europa League winners – due to be staged in Kazan in August.

RFU vice president Aleksandr Alaev declined to comment when leaving after three hours of face-to-face talks at UEFA headquarters, the first since Russia pulled back from its threat to leave.  A follow-up meeting will be held in February, according to the Russian news agency TASS.

The meeting came 24 hours before today’s UEFA executive committee meeting which includes RFU president Alexander Dyukov and the president of Ukraine’s federation, Andriy Pavelko. It was unclear if both would attend in person.