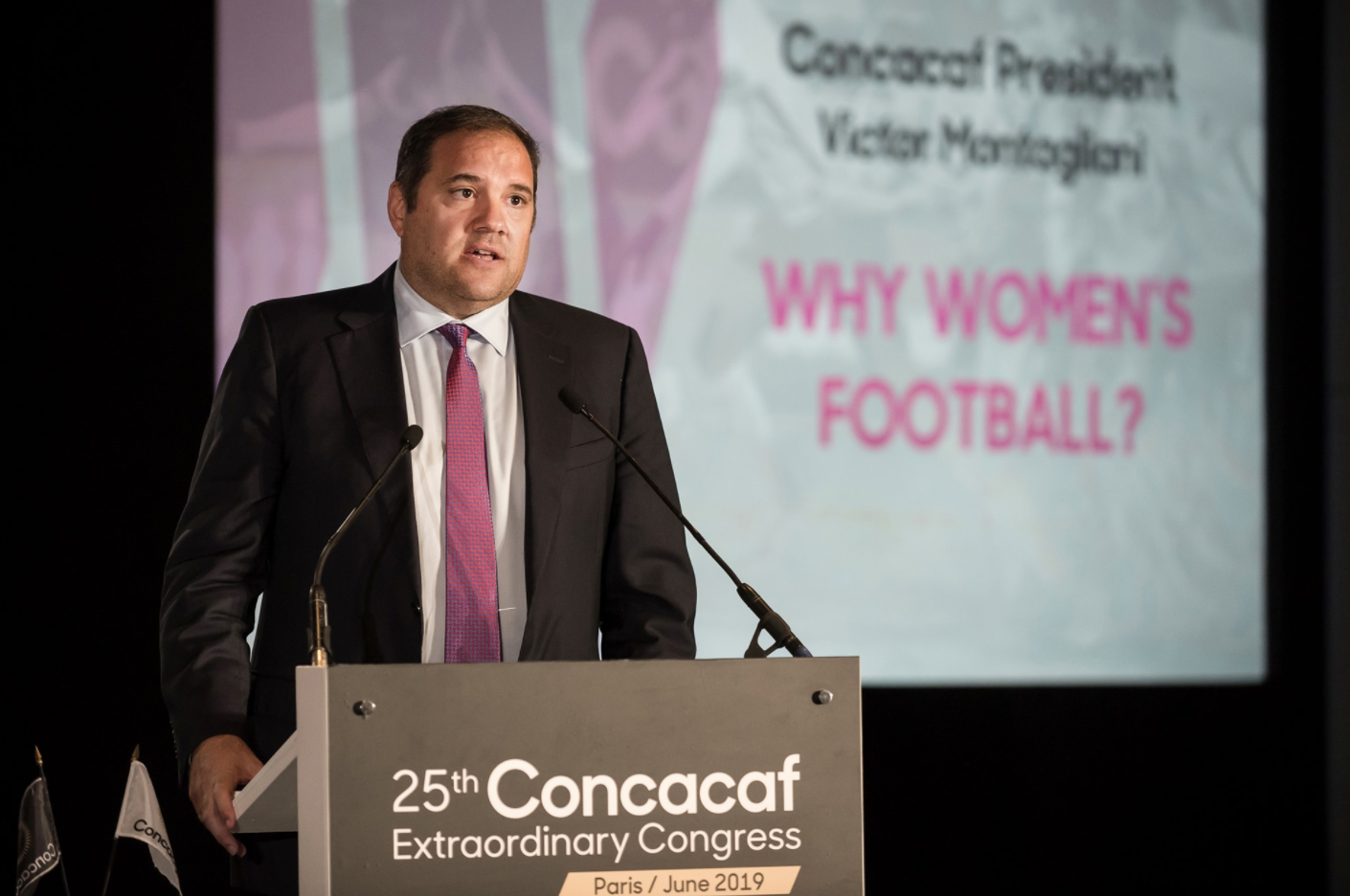 February 17 – Concacaf president Victor Montagliani has hailed the kick off for the first Concacaf W Qualifiers as “a hugely important milestone for women’s football in our region”.

The W qualifiers will see 30 Concacaf nations in action over the next two months as they compete for the six slots in the finals in Monterrey, Mexico, in June (Canada and the US have pre-qualified). The finals will in turn qualify Concacaf’s nations for the World Cup 2023 in Australia/New Zealand.

The qualifiers, played in six groups of five teams, opened with wins for Guatemala, Cuba, El Salvador, Puerto Rico and Dominica. Many of the countries competing are taking their first steps in international women’s football.

Speaking before the matches began Montagliani said: “As we look forward to the very first Concacaf W Qualifiers taking place this afternoon, we can’t help but feel inspired. These matches are the first part of an exciting new women’s national team competition structure that will showcase the very best of Concacaf women’s football to the world.”

February and April will see an unprecedented 60 matches played in the qualifiers for the Concacaf W Championship finals.

“For Concacaf, today is about seeing a strategic vision become a reality. During the 2019 FIFA Women’s World Cup in France, we launched our “Concacaf W” women’s football strategy, which prioritized providing more competitive opportunities for our Members and their national teams with a collective goal of harnessing the power of this great game to inspire women and girls across our region,” said Montagliani.

“While we know there remains much more work to do to continue growing women’s football in our region, the progress delivered in the past few years, coupled with the steadfast support of Concacaf’s Member Associations, has laid a strong foundation that we believe will allow us to take Concacaf W to new heights.”