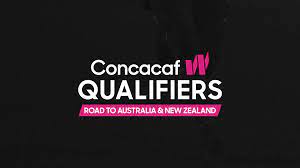 April 14 – Mexico secured qualification to the eight-team 2022 Concacaf W Championship they are hosting in Monterey, Mexico, with a convincing 6-0 win over Puerto Rico in their final game of group qualifying.

They join pre-qualified Canada and the USA along with five other group winners – Haiti, Jamaica, Trinidad and Tobago, Costa Rica and Panama. All qualified in the last games of group play this week.

The Mexican win means the three leading North American nations that are dominating Concacaf’s men’s game are similarly at the top in the women’s game. But the team make-up of the rest of the finalists shows a different picture emerging from the men’s game, with three Caribbean nations making the finals and just two nations from Central America.

Costa Rica emerged as the top team in Group B after defeating Guatemala 5-0 at the Estadio Nacional in San Jose. Priscila Chinchilla scored twice and was joined on the scoresheet by Maria Salas, Cristin Granados and Shirley Cruz.

Jamaica entertained home fans at the Sabina Park Stadium in Kingston with a 5-1 win over Dominican Republic to top Group C. Khadija Shaw (led the way with a brace, while Jody Brown, Trudi Carter and Tiffany Cameron all added goals.

Panama clinched their finals spot with a 2-0 victory against El Salvador at the Estadio Rommel Fernandez in Panama City to clinch Group D. Second half goals came from Yerenis De Leon and Karla Riley.

Haiti put the controversy of their federation behind them to make a statement on the pitch with a 6-0 win versus Cuba to claim Group E at the Estadio Olimpico Felix Sanchez in Santo Domingo, Dominican Republic. Roselord Borgella scored twice to finish as qualifying’s joint-top scorer with 11 goals.

And at last Trinidad and Tobago football had something to celebrate with a late score from Lauryn Hutchinson earning them a dramatic 2-2 draw with Guyana to take top spot in Group F at Dwight Yorke Stadium in Bacolet, Trinidad and Tobago. It looked like a brace from Guyana’s Sydney Cummings would outweigh Asha James’ goal, but Hutchinson’s 90th minute goal delivered the W Championship-clinching draw for Trinidad and Tobago.

The Concacaf W Championship will be played July 4-18 and will qualify four teams for the 2023 Women‘s World Cup and the winner directly to the 2024 Paris Olympics.

Concacaf president and FIFA vice president, Victor Montagliani said: “This year is hugely important for women’s international football in our region, and we are very excited to host our revamped Concacaf W Championship in July in Monterrey, Mexico. The tournament will showcase the very best of Concacaf women’s football to the world, and I believe it will inspire more women and girls across Concacaf to develop a passion for the game.”

Monterrey is bidding to be one of Mexico’s host cities for the men’s 2026 World Cup.