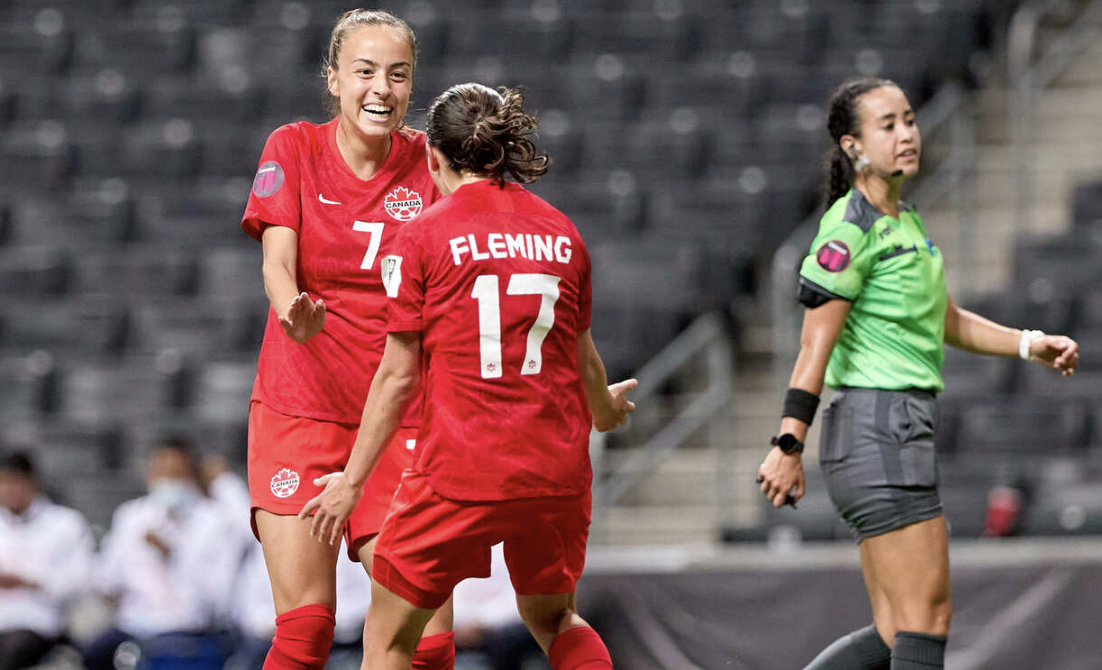 July 5 – For 79 minutes Trinidad and Tobago bravely rode their luck against a dominant Canadian team. And then disaster struck as four goals in the final 11 minutes turned a tough evening into a 6-0 miserable one for the Caribbean debutants.

Canada coach Bev Priestman was understandably pleased, and no doubt a little relieved, with a final score which was more in line with the pre-match predictions for the Olympic champions over a young and developing Trinidad and Tobago squad.

It was a hot evening which Priestman said had a significant impact, with the game,played in temperatures above 80 degrees.

“We earned the right in the second half to get the goals,” said Preistman.

“I am pleased with six goals and a clean sheet. They defended incredibly well… The good thing is that the goals are coming from more than one player.”

The first half saw Canada pile on the pressure from the start and there was something inevitable about the first goal coming from captain Christine Sinclair who headed home a cross from Ashley Lawrence.

It was Sinclair’s 11th CWC goal, making her tally a remarkable 190 goals in 311 international games.

Canada kept the pressure on and on 32 minutes won a penalty for Canada. Jessie Fleming stepped up to take the penalty only to blast it over the bar.

Trindid kept the Canadian lead to the one goal with some stout defending but on 67 minutes a backheel from Jordyn Huitema found Julia Grosso who finished for her first international goal.

Just over 10 minutes later Grosso had her second, increasing the Canadian lead to 3-0 and signalling the opening of the floodgates.

Fleming redeemed her earlier penalty miss and scored the fourth goal for Canada in the 84th minute. Janine Beckie made it 5-0 in the 86th minute and then played in Jordyn Huitema in added time for the sixth goal of the night.

Canada face Panama next while Trinidad and Tobago will have to take the positives of the first 60 minutes through to their Friday meeting with Costa Rica.