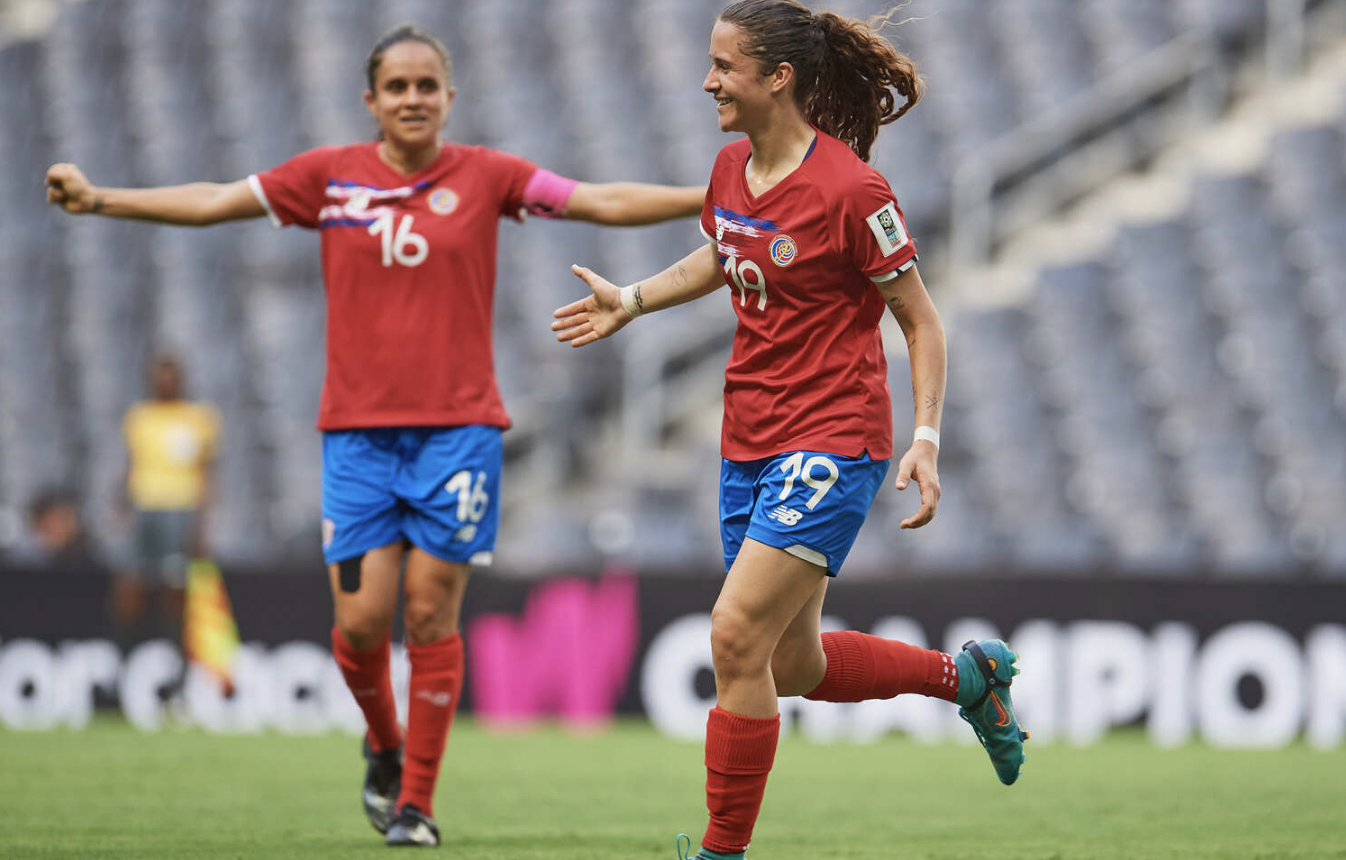 July 8 – Canada, who put six past Trinidad and Tobago in their group opener, will be looking for a similarly dominant performance against Panama tonight and book their place in the semi-finals at World Cup 2023.

Panama, who lost by three to a stylish Costa Rica, look to have their work cut out and will again be reliant on star goalkeeper Yenith Bailey to keep them in the game.

Four of Canada’s goals against Trinidad came in a 10 minute burst at the end of the game as the Olympic champions quickly established their credentials as a contender for the Concacaf W Championship. What pleased Canada’s coach Bev Preistman was that they came from different players.

Once again it was the unstoppable Christine Sinclair that opened the door for Canada with her 11th goal in CWC competition. But once it was open Julia Grosso (2), Jordyn Huitema, Janine Beckie and Jessie Fleming wasted no time in coming through.

Canada and Panama played each other in the 2018 semi-final, in which some of Tuesday night’s scorers, such as Sinclair, Fleming and Beckie, also found the back of the net.

Costa Rica on a roll?

Costa Rica go into their second group game closer than they have ever been to a Women’s World Cup finals.

Their dominant 3-0 win over Panama contrasts against Trinidad and Tobago’s tourbled 6-0 defeat to Canada.

In Raquel Rodriguez, Costa Rica has a game-changing performer who keeps delivering, scoring the first against Panama and the sixth of her CWC career. Captain Katherine Alvarado and Priscila Chinchilla also stepped up again, scoring the other two goals of the evening.

Trinidad and Tobago were given a pummelling in the last 10 minutes against Canada, creating a scoreline that didn’t reflect the performance of the first 89 minutes. Goalkeeper Kimika Forbes was the star for Trinidad, but this is a young and developing team, with a lot of home-based players who have not had much match opportunity at this level.

Costa Rica start solid favourites but Trinidid are athletic enough to challenge them, and they have the knowledge that they are at the stage of their development where they will show progress every time they take to the pitch.