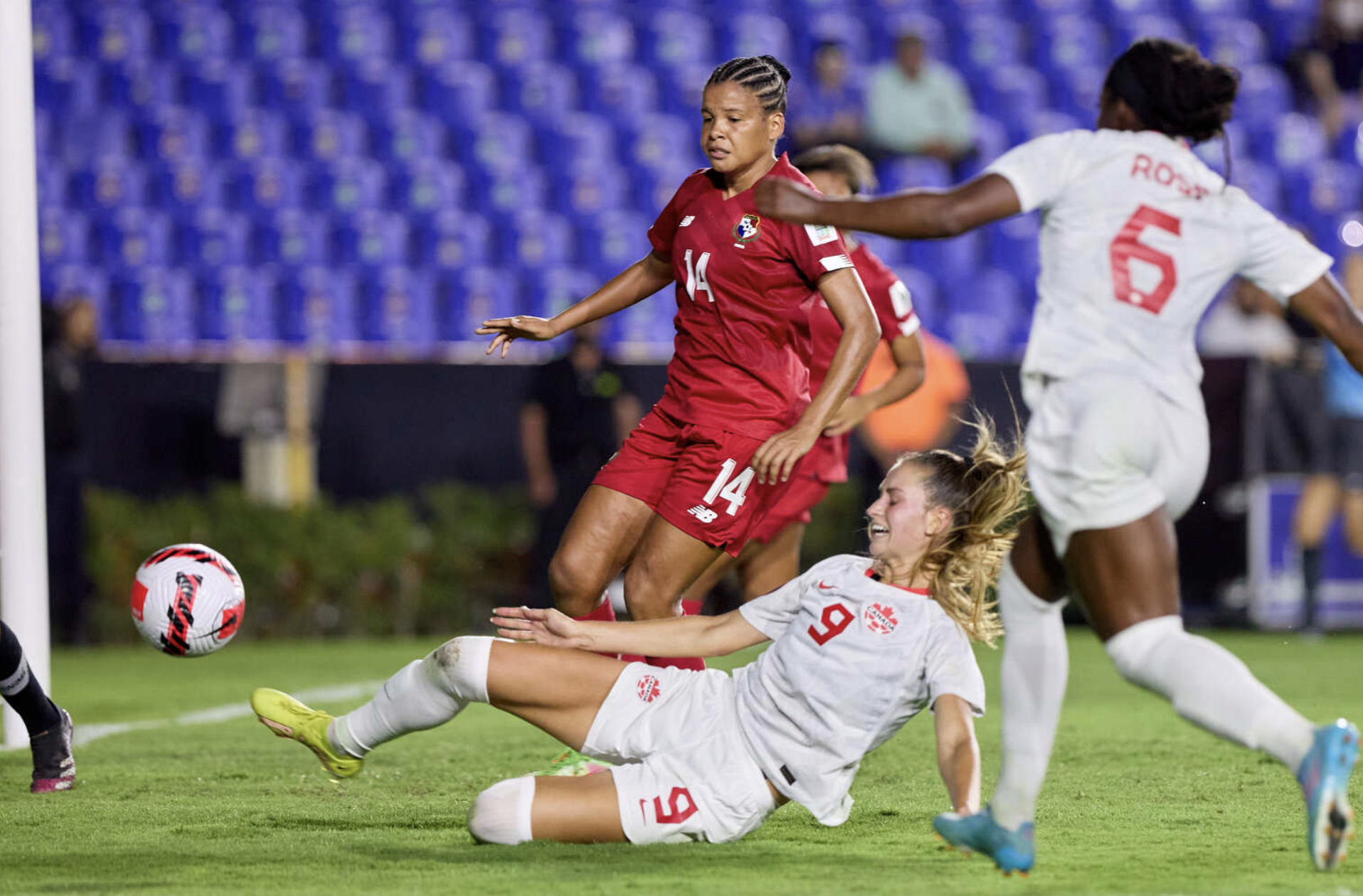 July 10 – After two wins in their group, and securing qualification for the 2023 World Cup, Canada’s head coach Bev Priestman says the third game against Costa Rica is important for her team to find a rhythm.

Canada opened with a 6-0 win against Trinidad and Tobago but five of the goals came in the last 25 minutes. Against Panama, Canada dominated with 69% of possession in a game that was fractured by the endless stoppages as Panama did everything they could to slow the game. Canada scored one goal but frustration was the overriding emotion.

“I think we need the third game to get into a rhythm… there were 74 stoppages of play. You play for 80 seconds, you stop for 80 seconds. There was no rhythm or flow…We need a game when these sorts of antics don’t stop the flow,” said Priestman.

In contrast Costa Rica have started their games fast with goals coming early in in 3-0 and 4-0 wins over Panama and Trinidad.

Canada and Costa Rica are tied at the top of the group on goals and goal difference. The added incentive of a win is that it would mean missing the mighty USA in the semi-final.

Olympic champions Canada will start as favourites with Priestman identifying the importance of containing Costa Rica’s attacking strength on the right hand side.

Costa Rica didn’t make any changes in their starting line-up between the first and second group games and Priestman sees this as something Canada can exploit with the freedom the Canadian full backs are given to join the attack.

“We have to got to use our strengths. We have pace in behind and can use it against a tired backline,” said Priestman.

“We need to find a level of consistency that you like to see in tournament football and players bringing the best versions of themselves. With what is on the line coming up (the W Championship and Qlympic qualification) we are not going to let that go very easily. All the players are focussed and ready to go… These are the games you play the game for.”