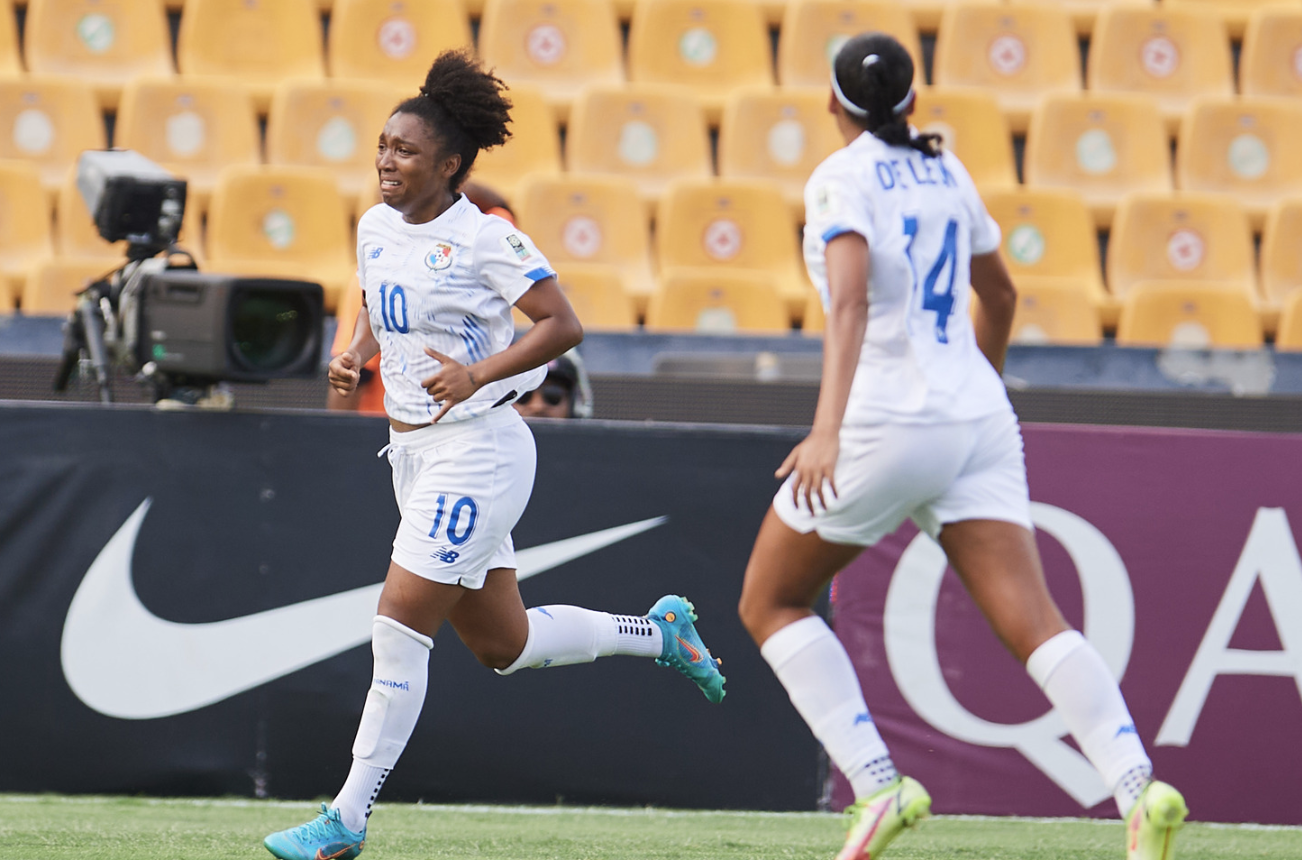 July 11 – Panama beat Trinidad and Tobago 1-0 to earn a 2023 Women’s World Cup Playoff place in their final group game at the Estadio Universitario stadium in Monterrey.

Two evenly matched sides saw the first chance of the first half fall to Trinidad and Tobago with a free kick from Karyn Forbes on 18 minutes looking to be hitting the top left corner of net, only to tipped wide by Panama’s standout keeper Yenith Bailey push it wide.

On 43 minutes Marta Cox received the ball from Lineth Cedeno, beat her defender and then Trinidad keeper Kimika Forbes.

The second half saw Trinidad and Tobago absorb Panama pressure before opening up their game in the last 20 minutes. It wasn’t going to be enough with Bailey and her defence staying solid.

Trinidad and Tobago exit the tournament as the youngest squad in the finals tournament brought together from US colleges and local players, many of them unattached. It was an impressive performance from a team that had to face the Olympic champions in their group. The question for the Trinidad and Tobago FA is whether they can find the support to keep this group together and developing.

Panama, who narrowly missed out on qualifying for the 2019 World Cup in France, now have another chance to qualify for the 2023 World Cup at the 10-team inter-confederation play-off in New Zealand in February.