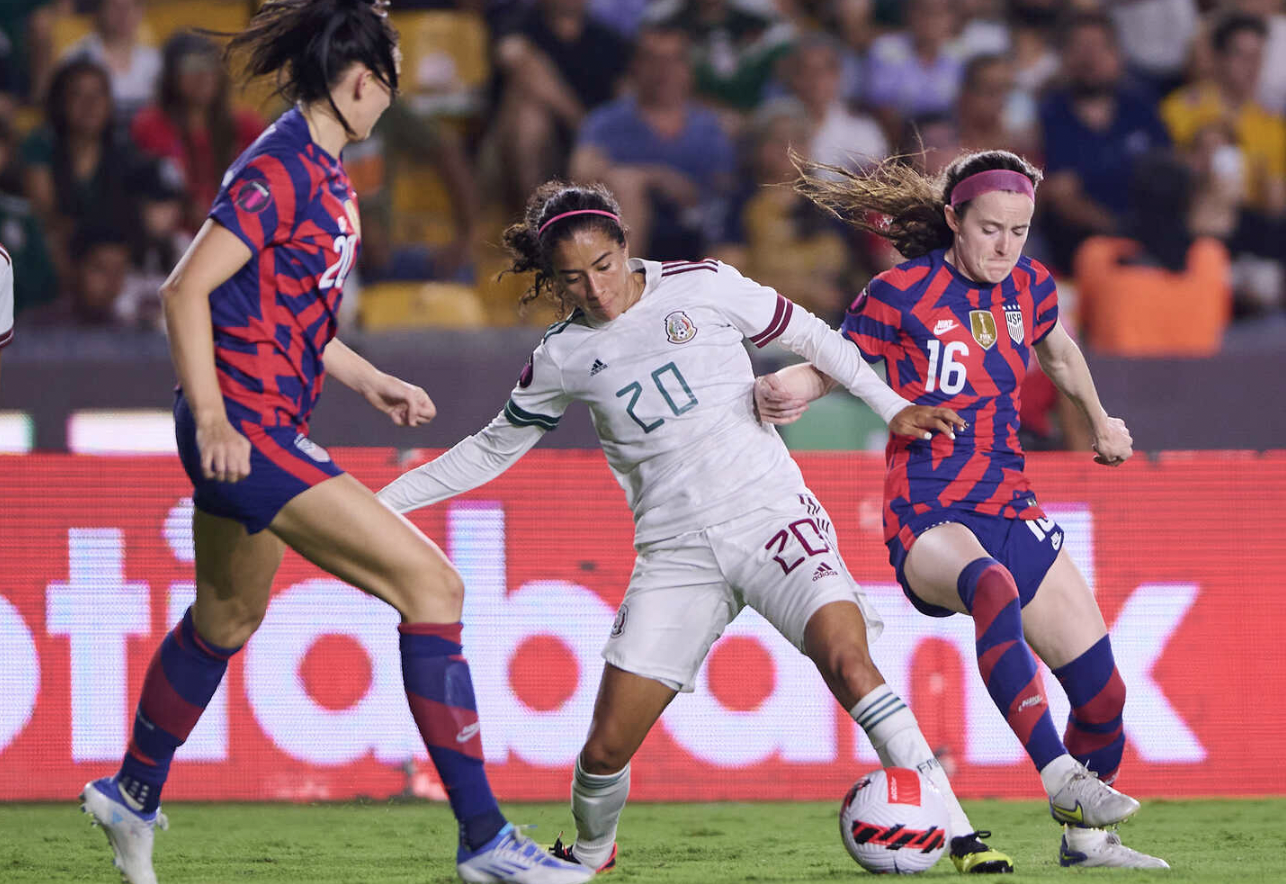 July 11 – The USA ruined Mexican chances of redemption at their home-hosted Concacaf W Championships with a goal in the final minute.

The US maintained their unbeaten run and ended any lingering hopes the Mexicans had of qualification for the 2023 World Cup.

Mexico had been looking to regain some pride in front of a home crowd in the Estadio Universitario in Monterrey after losses against Jamaica and Haiti in their first two group games.

It was always going to be a big ask with the US having dominated their opening games against Haiti and Jamaica.

Mexico had been most people’s favourites to win a qualification slot at the 2023 World Cup. They have the ability to keep possession and look good going forward but this tournament have been unable to score.

Against the US they opened brightly with Stephany Mayor on 5 minutes just missing wide from outside the area.

The US had their own chances with Margaret Purce hitting the post and Sophia Smith sending a shot just over the bar.

Mexican keeper Itzel Gonzalez, starting her first match in the CWC, was outstanding.

On 73 minutes, with the scores still level came the game changing moment when Jaqueline Ovalle was sent off, after a VAR revue, for a challenge on Rose Lavelle.

The Mexicans tried to apply pressure but it was always going to swing the way of the US and on 90 minutes Kristie Mewis pushed a shot over the line after a scramble in front of goal.

The US face Costa Rica in the semi-finals later this week. Mexico have begun an inquest.