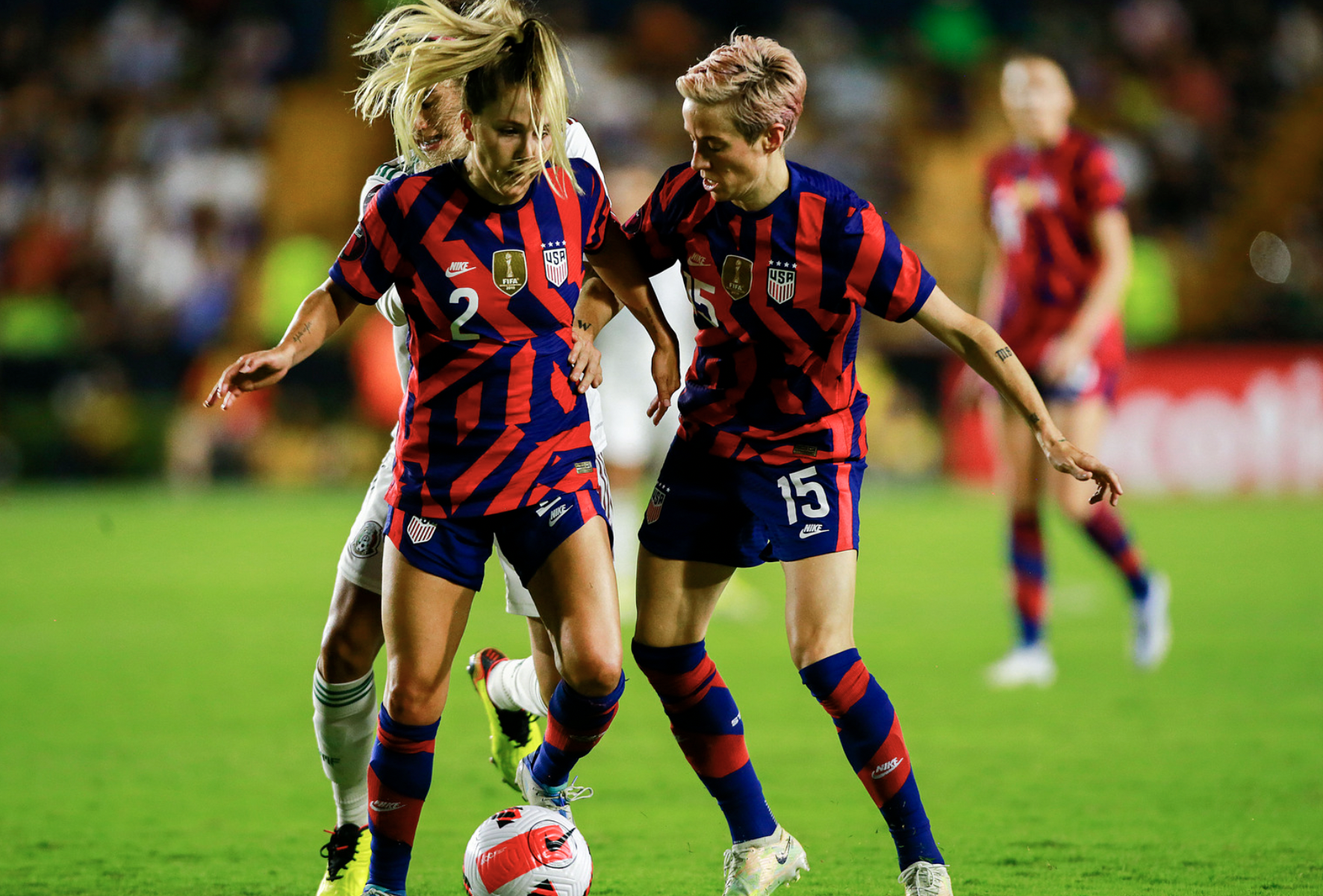 July 13 – World Champions USA face Costa Rica tomorrow in the first of the semi-finals of the Concacaf W Championship at the Estadio Universitario in Monterrey, Mexico.

Both teams have already qualified for the World Cup next year in Australia/New Zealand by virtue of making the semi-final, on the line now is a shot at the championship and a qualification place for the 2024 Paris Olympics.

Both teams had challenging final group matches. Costa Rica lost 2-0 to a Canadian team desperate to find a flow to their game in preparation for the next rounds. The US won 1-0 with a 90th minute goal against Mexico in front of a hostile Mexican crowd and a team desperate to salvage some pride from what has been a miserable campaign for them.

US coach Vlatko Antonovski had said before the Mexican game that the crowd could be the X-factor in terms of affecting performance of his young players.

Antonovski said the “atmosphere in the Mexican game affected the team levels. We are guiding the younger players though this.”

“The game was tremendous and it wasn’t easy. Even though it didn’t mean a lot (in terms of the championship), it did. We want to win every game,” said Antonovski.

“For the players it was stressful, it was a hostile atmosphere against a very good team that is well coached. The intensity gave us the opportunity to grow as a team.”

The US will start as overwhelming favourites against Costa Rica though Antonovski isn’t taking anything for granted.

“They do have some weapons that can hurt us but it is up to us (to deal with it),” said Antonovski.

“We have to mention Raquel Rodriguez (Portland Thorns) who we are very familiar with. She plays a more advanced role for the national team than her club. Melissa Herrera (FC Girondins de Bordeaux) is very dynamic and good one vs one,” he continued.

Shirley Cruz (formerly OL Reign, now Alajuelense has not played very much but her experience brings a lot their team. Maria Paula Sala (unattached) is a typical goal scorer.”

Costa Rican coach Amelia Valverde has made only one change to her starting eleven in the three games played over days. With all the games being played in over 90 degree heat fitness will be an issue as will not being able to go as deep into her bench as Antonovski.

US midfielder Andi Sullivan summed up that depth and the US focus saying: “Not much of an adjustment (knowing we have qualified) as we take every game as it comes and have clear goals to improve… we are looking at the details that have not been exploited that could potentially help us or hurt us. It is about attention to detail in the reviews of our games.”

Sullivan has been part of a midfield that Antonovski has been able to rotate with great effect in the group games. “It is really cool how we are work together. Pair any of us together and we will get the job at hand done. This is a huge strength for us,” said Sullivan.

Costa Rica have a mountain to climb.