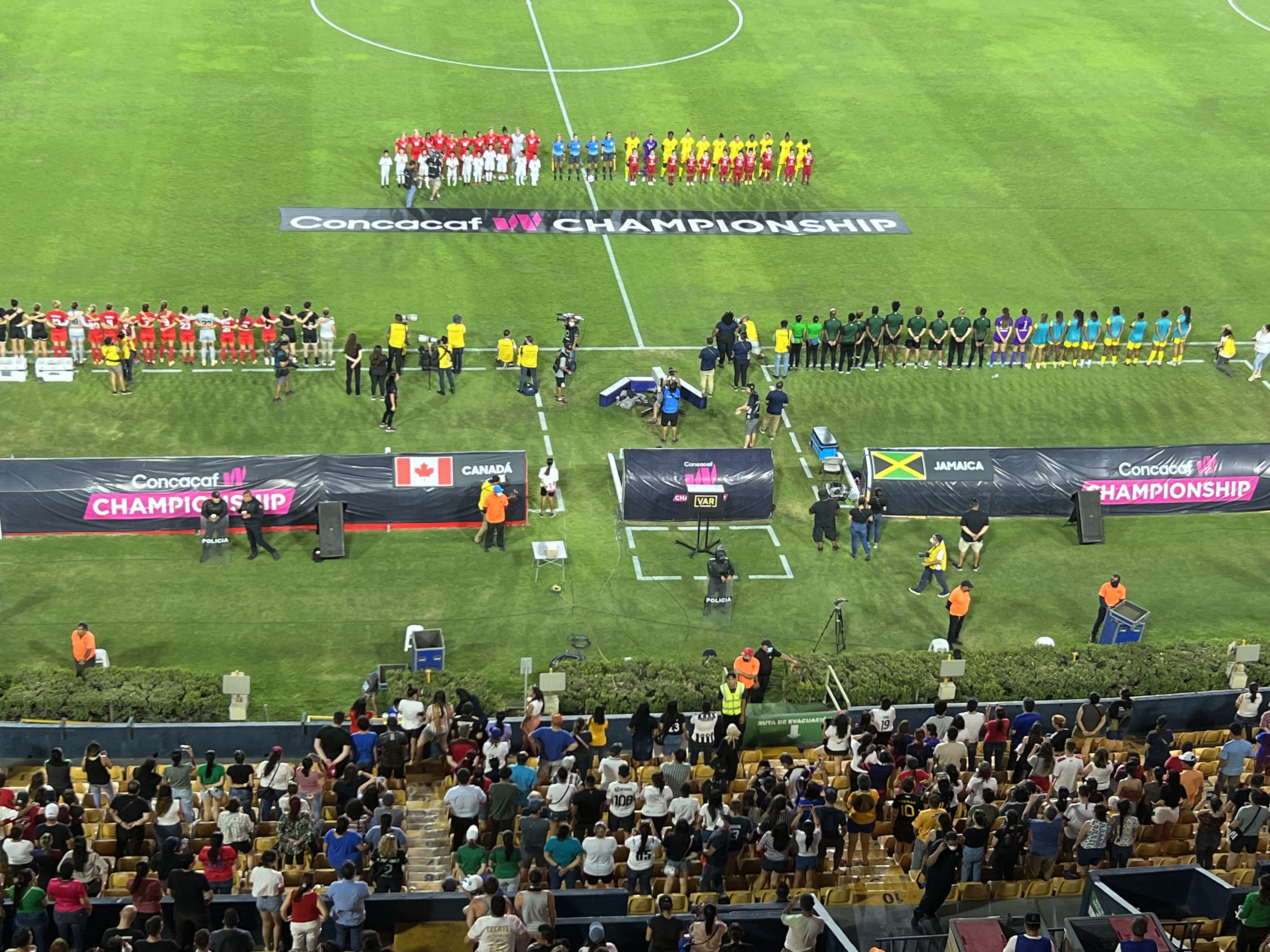 July 15 – Canada progressed to the final of Concacaf W Championship with a 3-0 win over Jamaica, which now sets up a showdown between the Olympic Champions and the World Champions, USA, at the BBVA Stadium in Monterrey, Mexico – one of the venues for the 2026 World Cup.

Canada, with the exact same record as the USA, have gone all the way to the final unbeaten, scoring 12 goals without conceding any. Neither team have had their defences severely tested.

On Monday (July 18) the two giant nations of the women’s game globally, will play for the Concacaf championship and automatic qualification for the 2024 Olympic Games in Paris.

Canada’s progression from their semi-final was never really in doubt once the teams were announced. Jamaica have never been beaten Canada in five previous meetings and they have never scored a goal against them. 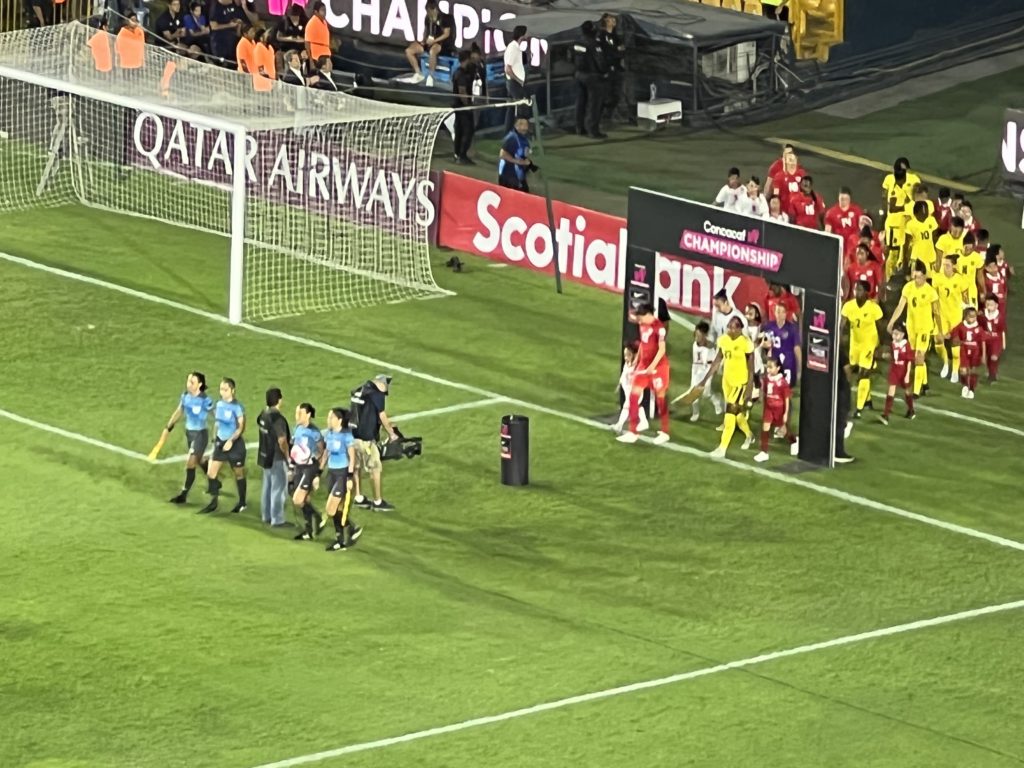 Jamaican coach Lorne Donaldson made four changes from the starting eleven that dismissed Haiti from the competition in Jamaica’s last group game.

Crucially he was without his captain and the tournament’s star centre forward Khadija Shaw who was struggling with sore calves. Not having the Manchester City striker was always going to be a big loss. Her three goals in the group games had been the deciding factor in their qualification while her ability to dominate defences has been impressive.

In contrast Canada kept the same starting eleven that had dispatched Costa Rica 2-0 in their final group game.

Canada coach Bev Priestman had talked pre-match about finding a flow and rhythm to their game. She it that had started to come together against Costa Rica but she wanted to see more from her players. 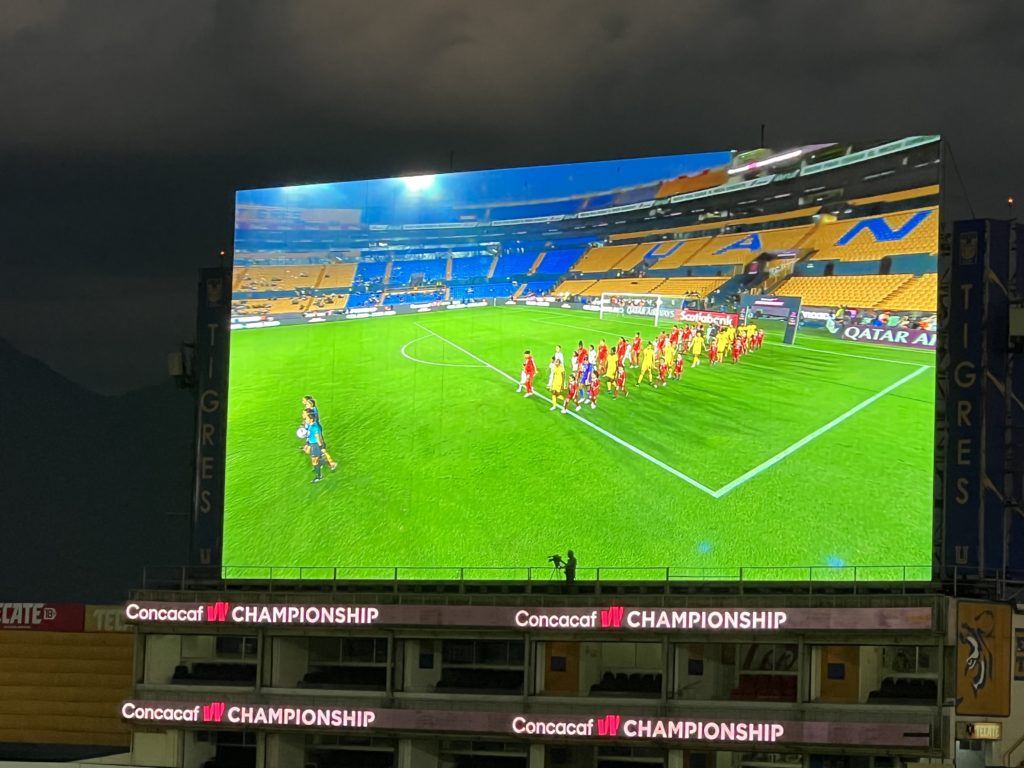 The match opened evenly with both teams lined up 4-3-3 and looking to play the ball.

The Canadians like to move the ball around and are a threat on both wings.

Jamaica on the other hand play more through the middle and to the strong spine of their team. But with no Shaw to hold the ball up and bully Canada’s centrebacks, too often there was no outlet for the midfield.

On 17 minutes the Olympic champions took the lead. Nichelle Prince drove down the left wing crossed to Jessie Fleming who headed home.

Canada started to exert control over possession but on 23 minutes the ball fell to Trudi Carter whose attempt to loft the ball over Canadian keeper Kailen Sheridan went wide. Carter and Jody Brown provided non-stop movement for the Jamaican attack but it was at the back where they were proving solid.

Tottenham Hotspur’s Rebecca Spencer in the Jamaica goal was a calming presence, saving comfortably from Desiree Scott in the half hour. 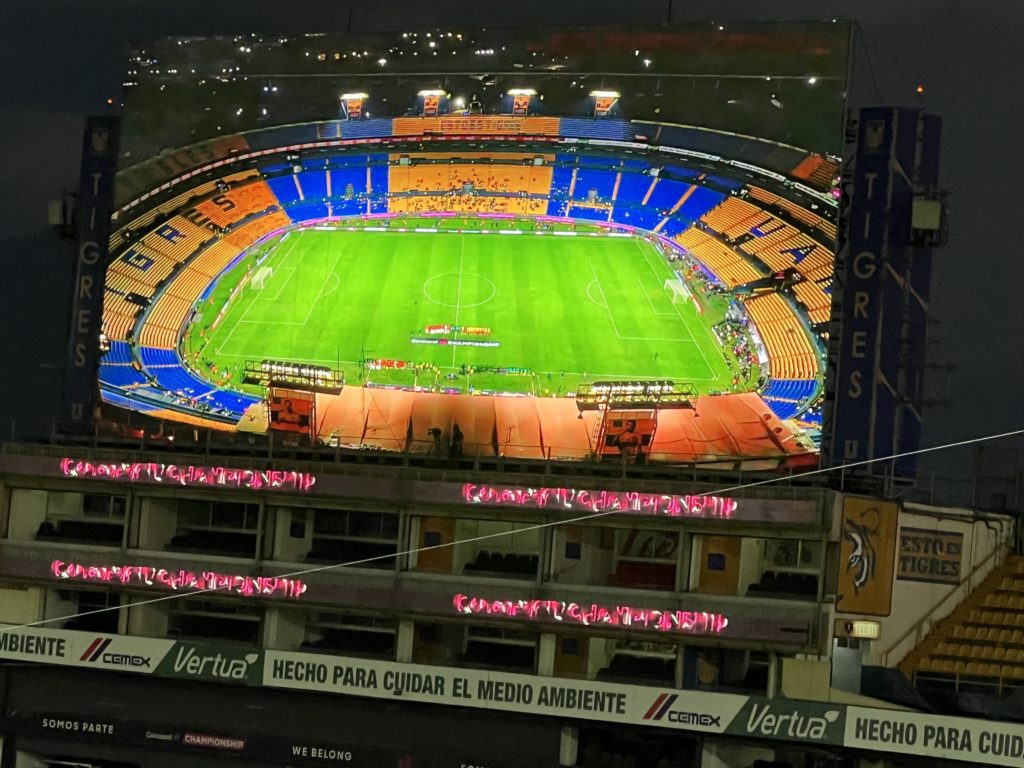 Canada’s pressure was building through a series of corners and crosses as they exploited the width. Quinn headed wide for Canada and on 33 minutes, followed by a mix-up in the Jamaican defence saw a half-hit shot from Jayde Rivere roll through a pack of players and rebound off the post into Spencer’s grateful arms. She was in action again minutes later diving to her right to push a Fleming shot from the edge of the box round her post.

Canada went in at half time 1-0. It could easily have been a lot more.

Jamaica started the second half brightly, making the Canadians work harder to get hold of the ball. But gradually Quinn and Scott started to impose themselves on the centre of midfield as they pushed and prodded Canada forward on both wings with Prince on the left and Janine Beckie on the right. Beckie twice ballooned shots over the bar.

On 56 minutes Jamaican captain Alysson Swaby headed off the line from Fleming.

On 63 minutes Adriana Leon, on as a sub, switching from the left to the right wing, saw Allysha Chapman running at the back post and launched a long ball across that Chapman headed into the top of the net. 2-0 Canada. 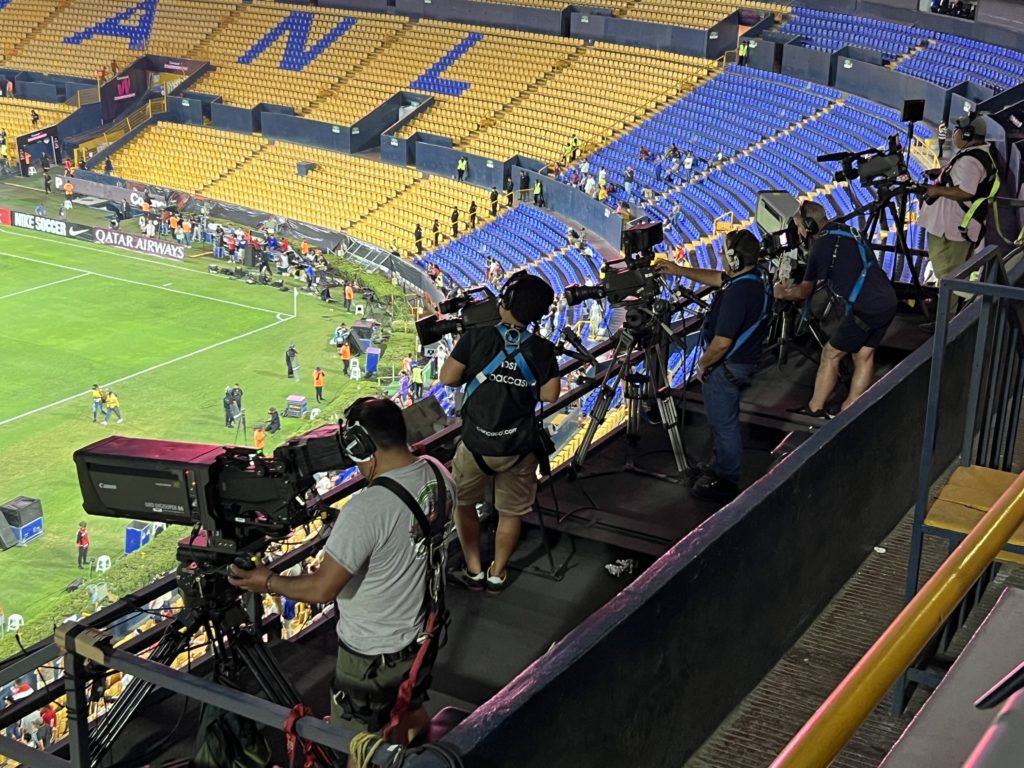 On 76 minutes Canada had a third. This time Beckie was the provider from the left with a cross that was flicked on off the head of Jordyn Huitema to the incoming Leon who volleyed home.

Canada were now in complete control and if it hadn’t been for Spencer could have been five or six up.

In the 87th minute Jamaica won their first corner. They took it short and lost possession. To score goals you have to get near the goals and the Jamaicans were out of ideas.

They now face Costa Rica in the third place play off on Monday. That match is followed by the battle of the giants of the women’s game.