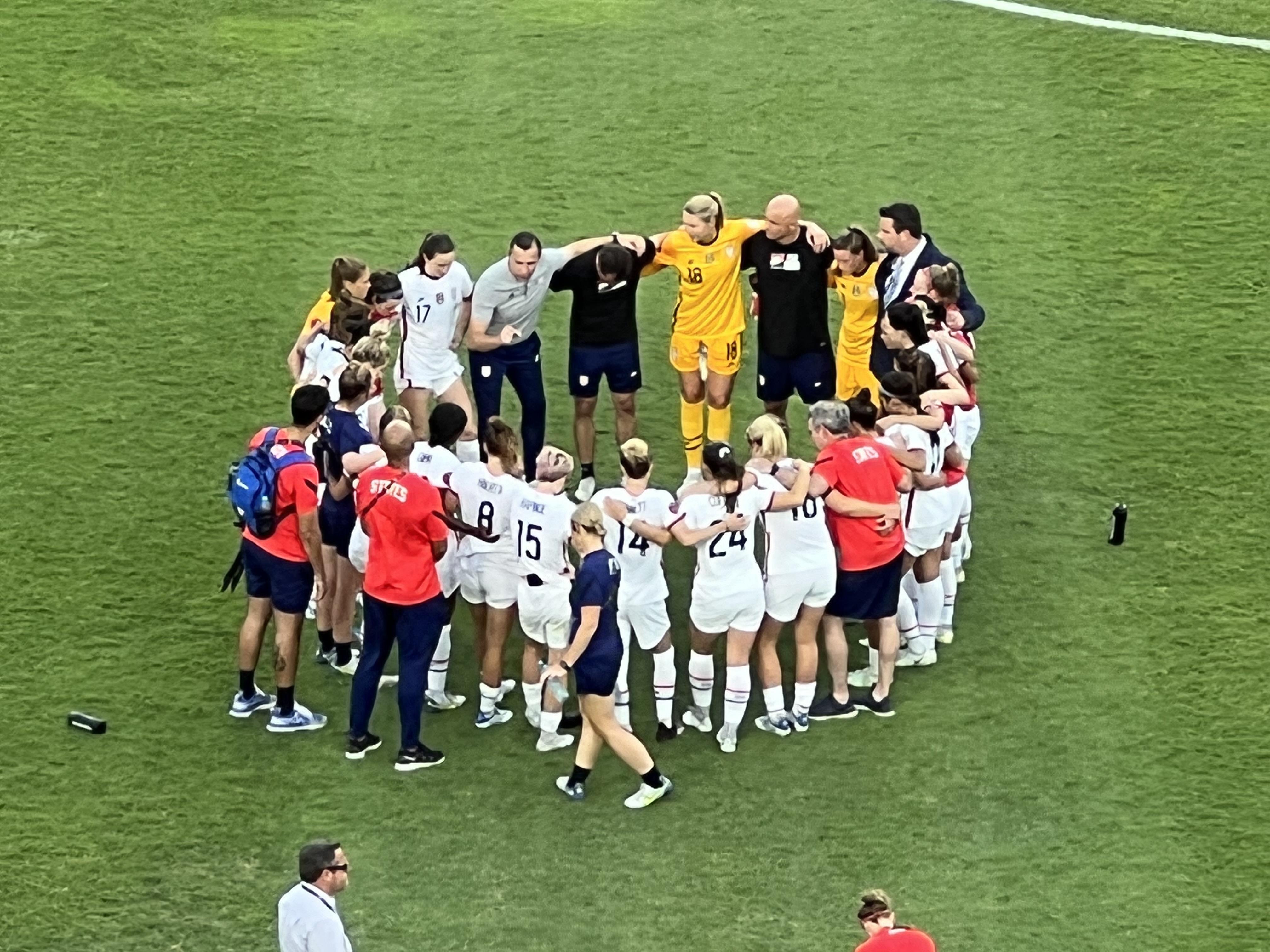 July 15 – The world champions USA dispatched a tired looking Costa Rica 3-0 to progress to the final of the Concacaf W Championship and a shot at the qualifying slot for the 2024 Olympics in Paris.

For the US it was very much job done, so far. Both teams had already qualified for the 2023 World Cup with the Costa Ricans making it for the second time in their history having qualified in 2015.

The US have been on a mission in Monterrey with coach Vlatko Antonov mixing his line-ups, testing combinations and blooding young players as the aging squad from the World Cup 2019 win in France nears retirement.

Antonov made five changes from the team that beat Mexico 1-0, notably keeping Alex Morgan and Sophia Smith up front, bringing back Rose Lavelle into the starting line up on the right of midfield, and going with Lindsey Horan and Andi Sullivan in the centre of midfield. 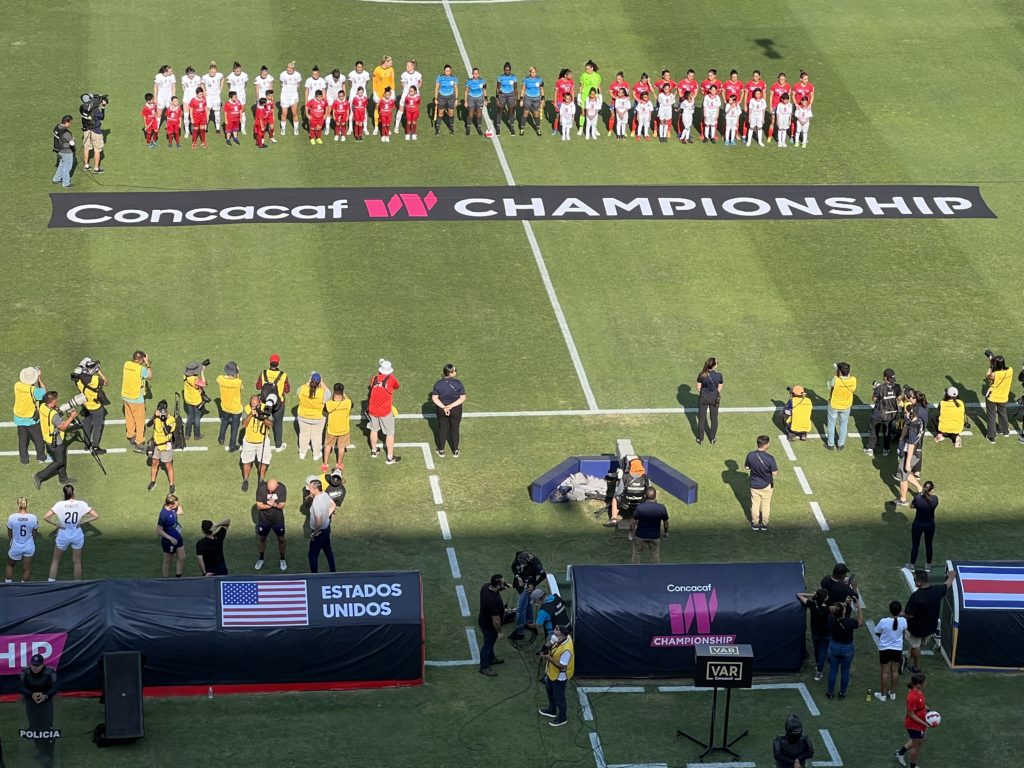 Costa Rica have never beaten the US in five meetings. The closest they have come was a 4-0 loss in 2010.

Costa Rican coach Amelia Valverde, who had only made one change to her starting eleven in the first three group games, had an epiphany and swapped out seven players from the starting line-up that lost 2-0 to Canada, handing the captaincy back to 36year-old Shirley Cruz, a player well known to the Americans having spent 12 seasons at Lyon and PSG in France and two at OL Reign in the US.

Costa Rica set up with a bank of five across the bank and a protective cover of four in front, leaving striker Carolina Venegas high. Over the course of it proved to be effective.

In the third minute a break down the right from full back Sofia Huerta saw the ball squared across the box to star striker Alex Morgan who hammered the ball into the post. 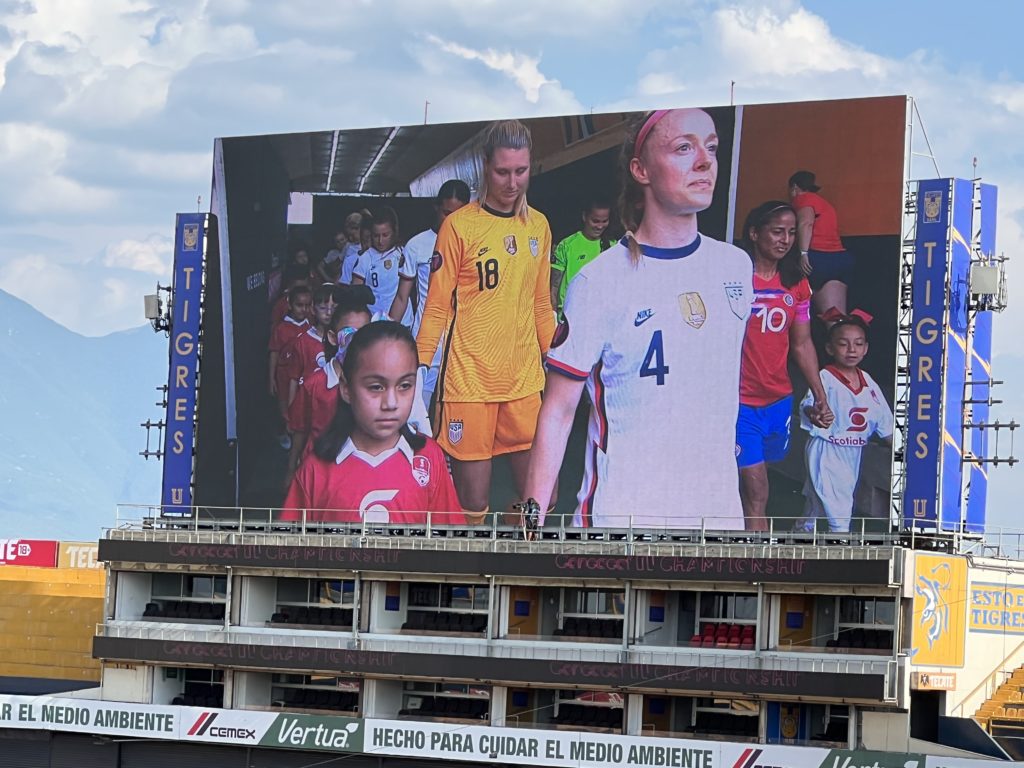 For all their changes costa Rica were competing with Cruz martialling their shape in midfield and defense, and Venegas’ energy up front creating enough to keep the US backline focussed.

It was very much attack against defence with the US probing Costa Rica’s defensive line but their final ball was not connecting with their forwards.

On 16 minutes the US should have been ahead. A free kick infront of goal was chipped directly to Morgan who sidefooted wide from 3m. It wasn’t going to be her night.

Two minutes later a probing ball across the box was despairingly out of reach of four incoming US forwards. On 25 minutes Lindsey Horan got in behind the Costa Rican defence but side netted. It was profligate.

After a water break, and an intense talk from Antonovski, the US had their breakthrough. A 33 minute a corner from the right by Mallory Pugh was pushed on to the post. In the following goalmouth scramble Emily Sonnet poked the ball in.

Two minutes later Morgan looked to have made it 2-0 but was ruled offside. The US had upped the pace of their attack and were coming at Costa Rica in waves.

A minute later the US did get their second. A back heel from Horan put Pugh, a class act all night, though on the left side of goal and she made no mistake to make it 2-0. 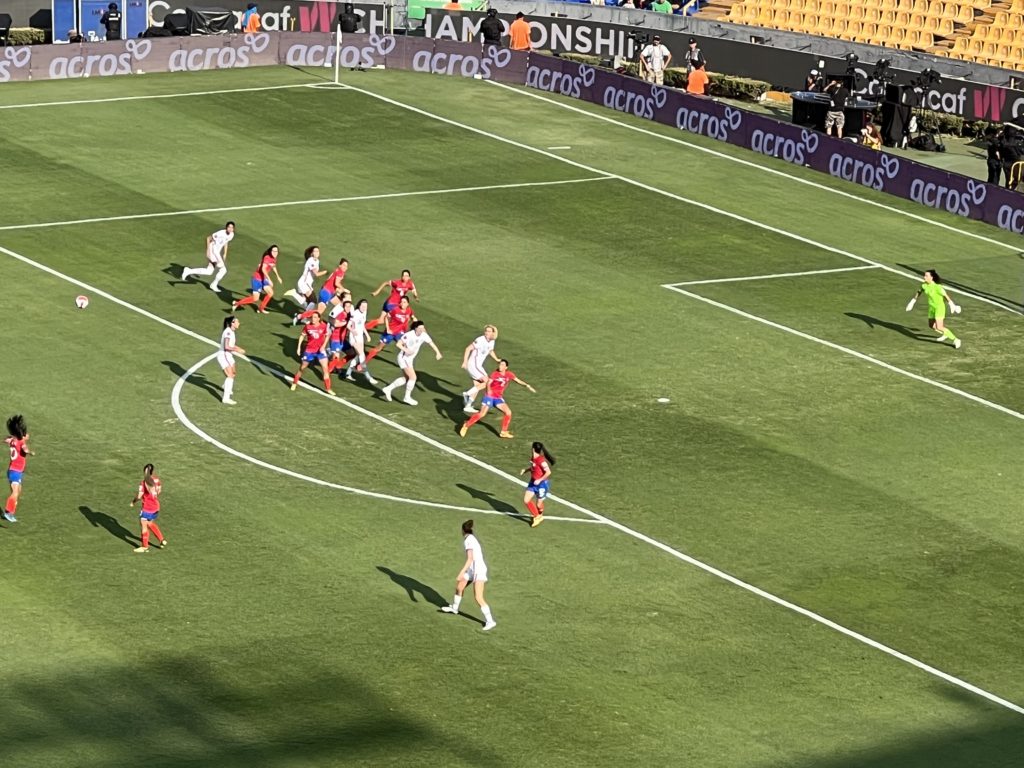 The pattern of US control from the first half repeating itself in the second.

Costa Rica’s moments were becoming few and far between. On 55 minutes Lixy Rodriguez roaming forward from left back into the US box didn’t quite have the composure to control the ball and get a shot away.

At the other end a ball across the box was just inches in front of Smith again. On 60 minutes Lavelle fired into Bermudez’s arms from just inside the box. 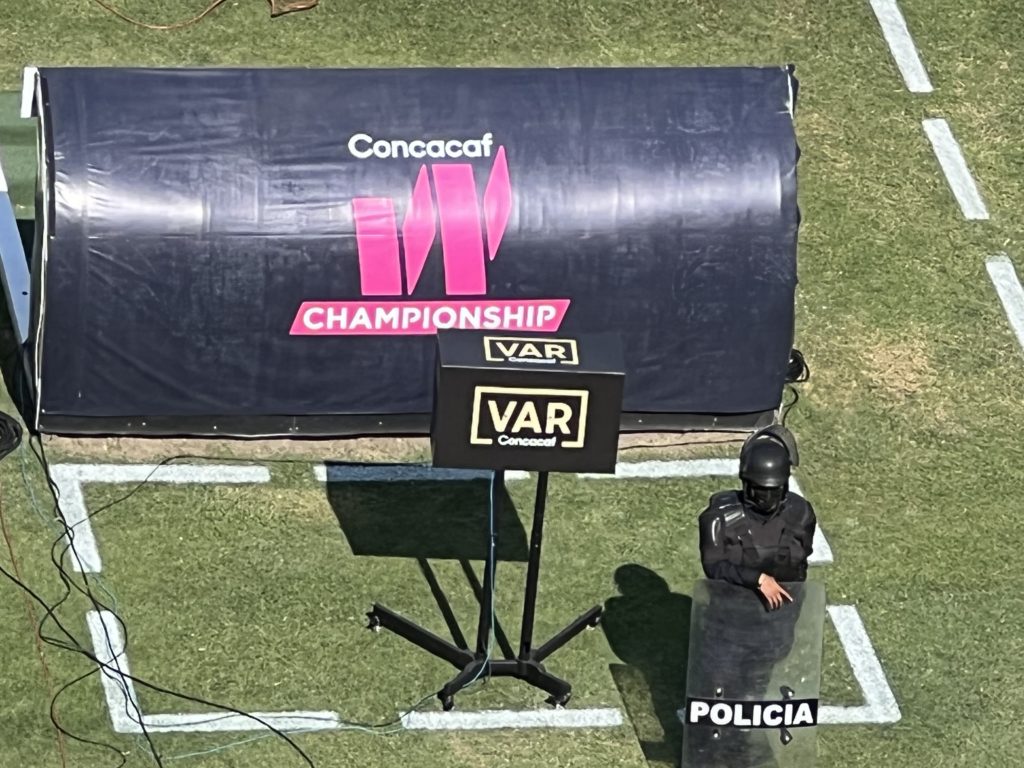 On 76 minutes Rapinoe almost curled a corner in from, the ball landing on the roof of the net. Although having hardly played for her club so far this season she is still a threat on the left.

With 10 minutes left the oldest superstar on the pitch was joined by the newest, Trinity Rodman.

The US for all their possession looked to be closing the second half out without a score until, in added time, a long ball from the right into the box found defended Ashley Sanchez. She fired the ball in for 3-0 and what was the final action of the match.