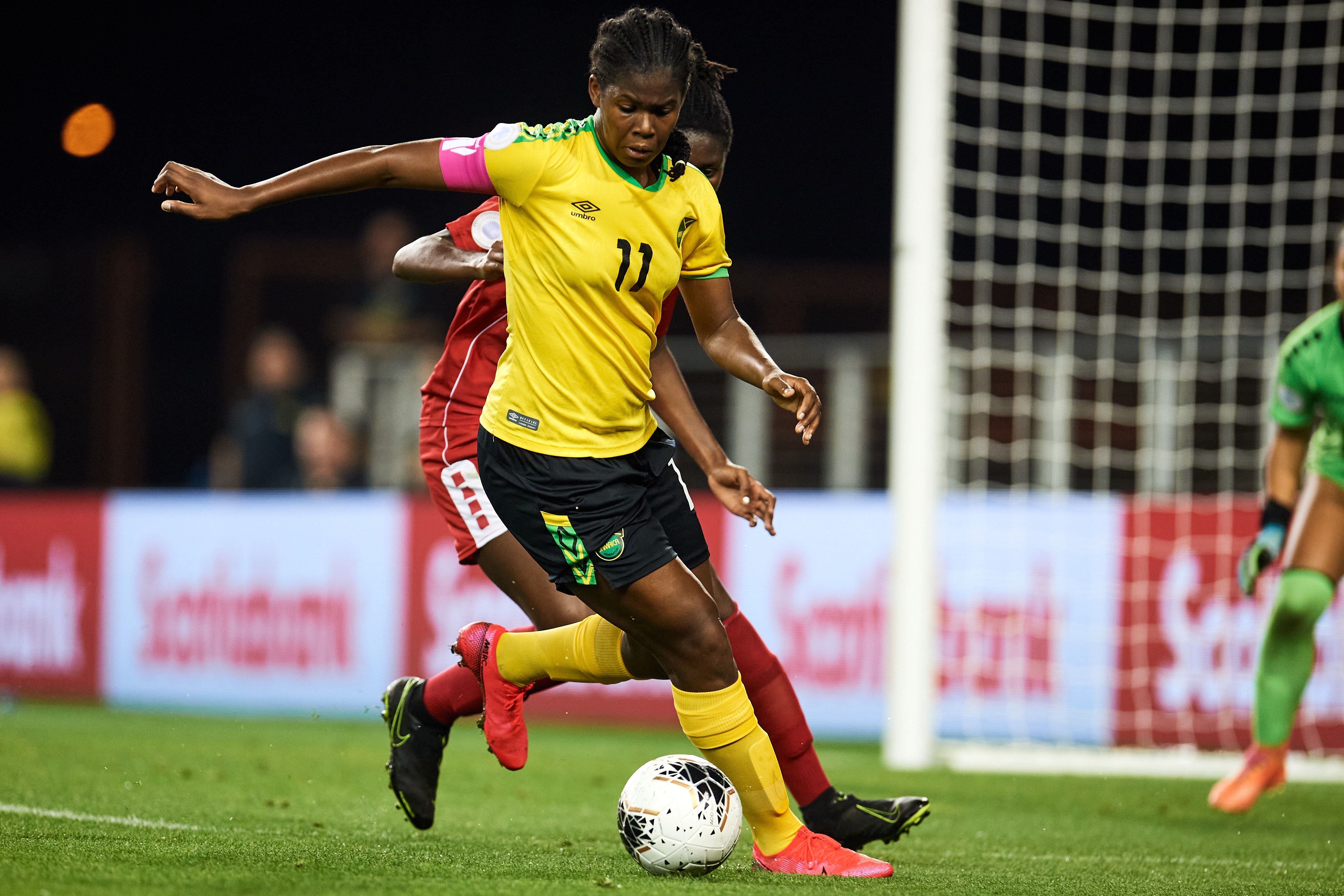 July 18 – Costa Rica and Jamaica face off in the third-place play off for the Concacaf W Championship tonight at the Estadio BBVA in Monterrey, Mexico.

The match is an appetiser for the main event – the clash between the Olympic Champions and World Champions – but nevertheless it has the potential to be a very spicy advertiser.

Both teams have achieved their pre-tournament objectives of qualifying for the 2023 World Cup. Both will playing at their second world cups.

They have both qualified in similar fashion, playing off a core of players. but playing in quite different ways.

Jamaica have a powerful spine to their team from their Tottenham Hotspur goalkeeper, through Racing Louisvilles’s standout centreback Satarra Murray, to Manchester City striker Khadija Shaw.

The semi-finals were tough for both teams, with injuries forcing some kwy players out of the starting line-ups.

Come Monday evening both coaches said they hoped to be back to a full complement of selection options.

The key for Costa Rica will be how their possession came contrast with the undouted strength Jamaica bring. Costa Rican coach Amelia Valverde said they were “expecting a physical match, but have prepared for it”.

Jamaica’s approach will be determined by who they available, and in particular the fitness of Manchester City star striker Khadeja Shaw.

“She is a massive part of what we do,” said coach Lorne Donaldson. “You can’t not miss a player like that, she is a big presence. Hopefully we will have her back for the next game and push on and give it our best shot.”

“We came here as a massive underdog. No-one expected us to qualify for the World Cup but that is what we expected to do. Tomorrow is the icing on our cake and we want to finish third in Concacaf. That is a great achievement.”

It is an objective that would be helped if Liverpool striker Jade Bailey has her eligibility finally cleared by FIFA to take part in the competition.

“This is in the hands of FIFA. We may wake up tomorrow and she is good to go. With all the money they (FIFA) have I don’t know why they are not working Saturday or Sunday,” said Donaldson.

Donaldson only took control of the Jamaican team in June and has probably worked flat out every day since. With tomorrow’s game his contract with the Jamaican federation ends. Looking at the next stage of development for the Jamaicans, he said: “We have to sit down and utilise the windows. There is a FIFA international window in August and the way we are with players we need to bring them in. If we go in a different direction (in terms of renewing the contracts for him and his coaching team) we need to know and we will move on with our lives… We have to move fast and arrange friendlies if we want to be a football country.”

Asked why Jamaica has not had a local women’s league for three years, Donaldson was unequivocal in his response.

“There has been a lot of talking. Stop the talking, it is action time,” he continued.

The BBVA will be all action Monday tonight as the Concacaf W Championship draw towards what promises to be a spectacular evening of women’s football.