Please just sort it out. Sit round the table, thrash out a deal and stop the squabbling before everyone gets thoroughly fed up with the whole interminable saga.

Whatever the rights and wrongs of Tottenham Hotspur’s refusal to pull out of the race to take over the Olympic Stadium after next summer’s Games, the entrenched positions of all parties has got to an embarrassing and, quite frankly, irritating stage.

How must the International Olympic Committee (IOC) be feeling when, several years on from awarding London the Games, the future of the main venue has become such a war zone? Not only the IOC. How about the world at large, incredulous that there is still such a battle over which of two football clubs will move into the arena after 2012.

As a Tottenham fan for 50 years, I know how badly the club needs a new stadium in order to compete with their main Premier League rivals. The question is, is poker-style brinkmanship the best way to achieve it rather than putting all your eggs in one basket?

Take London Mayor Boris Johnson’s offer and leave Stratford to West Ham United is how most Spurs fans feel, however much the club tries to deny it. What if the offer is suddenly withdrawn? And what if next month’s judicial review rules it was right and proper to award first priority for Stratford to West Ham? Then Spurs would be in one almighty pickle with nowhere to go, wrecking all the hard bargaining·that has taken place over the last Lord knows how many months.

Yet there are two sides to every complex argument. There is little doubt that one reason so much pressure is put on Spurs to drop their court case is the fear that the more the affair drags on, the more likely it will scupper London’s bid for the 2017 World Athletics Championships. If they win, Spurs would remove the running track. That would hand London’s only rival Doha a free route to success when the vote is taken in November.

That, of course, would do little to enhance London’s Olympic legacy drive but should Spurs be blamed? In their heart of hearts, the Spurs board would like nothing more than to redevelop the so-called Northumberland Park Development project adjacent to the club’s current ground rather than move into West Ham territory. But we live in competitive world and the bottom line is creating enough revenue to buy the best players to challenge every year for the top honours. And, at the same time,·reduce a staggeringly high waiting list for season tickets. 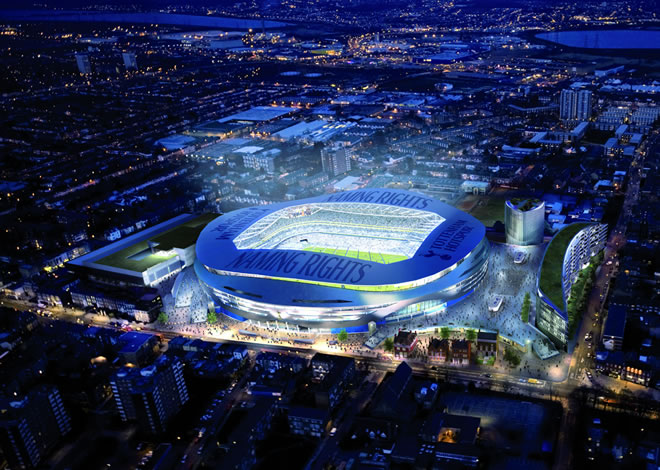 Orient chairman Barry Hearn’s declaration that the Mayor’s offer of £8.5 million ($13.5 million/€10 million)·as part of an overall £17 million ($27 million/€19.5 million)·redevelopment package is merely a bung to effectively get Spurs to shut up was somewhat over the top. But I get his point. Orient, more than anyone, are the losers in this whole debacle.

The winners, as things stand now, are West Ham though there are legitimate questions about whether it is fair that a second-tier club are being given a state subsidy to move to the Olympic Stadium that they may not even be able to fill without hardly lifting a finger in terms of finding the cash. Especially when you thrown in the fact that Spurs would have to fork out most of the money themselves for either developing their own ground or revamping the Olympic stadium.

Opponents of Tottenham’s intransigence would argue, with equal conviction, that this is both the reality and the most logical conclusion. In other words, there is only one Olympic Stadium and that a decision has been made, fairly and squarely, by the Olympic Park Legacy Company to hand it over to the closest major football club after the Games.

Hearn, whose club could genuinely suffer if things stay as they are, is right when he says West Ham have got a great deal.·West Ham know it and so do Spurs. Strong arguments remain on boith sides. But the final move in this unpalatable soap opera cannot come soon enough. “There is a lot of pushing and shoving going on,” I was told by one senior Spurs source. “This is about making sure we are not left without·a stadium option.·We cannot stick solely to the NPD project until we know it is absolutely do-able. It does not pan out that Boris pledges £8.5 million·($13.5 million/€10 million)·and the development can suddenly happen.”

That, in a nutshell, says everything about what is going on. My stepfather used to say “never throw away dirty water before you have clean”. It’s a rule of thumb that Tottenham appear to be heeding in their quest for a new ground. But for how much longer?·The danger·is·that·the waters will get more, rather than less, muddied. So sort it out for all our sakes.