Michel Platini’s Financial Fair Play may finally deal with the financial doping the UEFA President feels is ruining the game. But there is an equally serious crisis confronting the game which Platini and other football administrators refuse to address.

This is the failure by football’s bosses to deal with the events on the pitch where almost every game is blighted by incidents the referees do not spot. These then become the subject of calls for disciplinary inquiries by frustrated managers, and often lead to heavy penalties for the players concerned. But these are imposed long after the match is history and the whole thing is making a mockery of the game.

Take the two incidents that have marred two otherwise very good football matches in recent weeks. The first was the match last Sunday week, when Manchester City beat Tottenham 3-2, probably ending the north London’s club hopes of winning the League for the first time since 1961, a time which must seem like prehistory to most football fans.

The match might not have been an English Classico, but it had all the combination of skill and passion and the never- say-die attitude that makes English football so appealing. It not only demonstrated why City have realistic chances of winning the League, again the first time since the 60s, but also showed how far Harry Redknapp has brought Tottenham.  A few years ago, a Tottenham side faced with the skills of this City team, and going down 2-0 away from home would have folded their tents and gone home.

But Redknapp’s Tottenham are different. They not only fought back to make it 2-2, but were within a toe poke of scoring a third in injury time. It could have been the winner. Instead there was a last minute penalty for City and it was City that won. Hard done as Tottenham felt, the result was on the balance of play fair, except for one matter which we shall come to. Few Leagues in the world can produce such matches, and it is to the ultimate credit of the Premier League that they are not that uncommon. 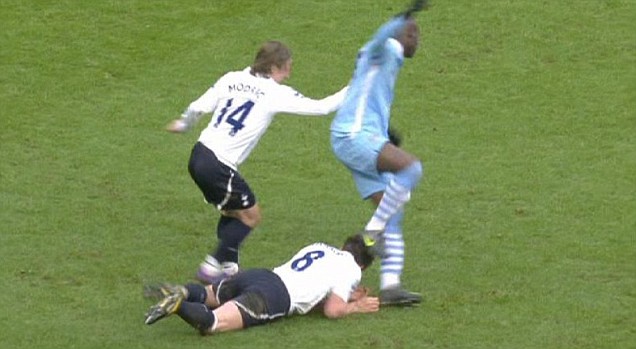 Yet what was the major talking point of the match? Not the ebb and flow of the game but the incident the referee did not see and which proved a game changer. The man who scored the City penalty, Mario Balotelli, had stamped his studs on Tottenham’s Scott Parker. He should have been sent off long before he got the chance to score the penalty. Millions watching round the world saw it. The one man who mattered did not: the referee. After the match, the referee, Howard Webb, admitted that had he seen the stamping he would have sent Balotelli off. And then, of course, he would not have been on the field to score the penalty.

But while the referee did not have access to the video evidence the FA’s disciplinary unit had and the Italian was banned for four matches. What is more City accepted the verdict without protest. Recall that immediately after the match City had gone into the classic three mystical monkeys’ act, which coaches and managers get into when their players are accused of wrong doing: “see no evil, hear no evil, speak no evil”. But once the FA had acted, City fell quiet as if they accepted the justice of what had been done. The problem here was justice was not done as the original mistake cannot be corrected.

Something very similar was played out on Sunday at the Emirates. Arsenal 2-0 down to Aston Villa came back to win a rousing Cup tie 3-2. It could mean a lot to the Gunners. Many of their fans believe the great Arsène Wenger has shot his bolt and should go – an idea that would have been considered blasphemous to Gunners faithful even a few weeks ago. The result may or may not save the Arsenal season, that will depend on whether the Cup provides some solace, but that Arsenal made such splendid recovery should have been the talking point of the match. But it was not.

The talk was that Arsenal’s goal scorer, Robin van Persie, had allegedly used his elbow and would not have been on the pitch had the referee seen the incident. This provoked the wrath of Villa manager Alex McLeish. 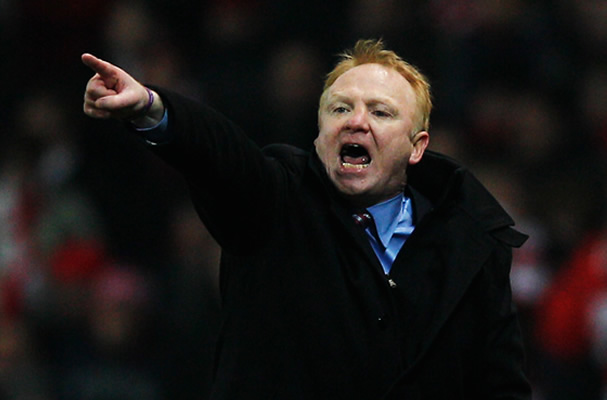 According to McLeish (pictured), Van Persie, who scored twice both from the penalty spot, was guilty of serious foul play against Villa’s Carlos Cuellar. “I thought it was an elbow in the face. I thought it was a clear elbow. But the referee didn’t seem to think there was anything in it.” The incident was somewhat different to the Balotelli one as this came three minutes after Van Persie had scored Arsenal’s winning third goal. However, as McLeish and Villa saw it had the referee, Michael Jones, not missed the incident, Arsenal would have been forced to play the remainder of the game, almost the last thirty minutes, with 10 men and who knows what might have happened.

In this case Jones had seen it and his judgement was it was not an elbow. However, if during the match the referee had had access to technology McLeish could not have claimed he had seen something the match official had not done. An issue which should have been done and dusted on Sunday evening rumbled on for 24 hours doing the game no good.

Contrast this with other sports. Just before this match there had been a wonderful tennis final in Melbourne where there had been many controversial moments on the field of play but they were all settled during the match. The result: after the match all the talk was the wonder of tennis that we had witnessed.

And this is where Platini comes in.

It is his voice that has been the main stumbling block for FIFA to move with the times and do what all other sports have long accepted. The Platini argument, also supported by Franz Beckenbauer, is that use of television technology would interrupt the ebb and flow of football.

This is nonsense. The video replays, as anybody who has watched them will tell you, takes barely a few seconds, at most a minute. All it would require is a quick word by the fourth official watching the television monitor with the referee to allow him to come to the correct decision. 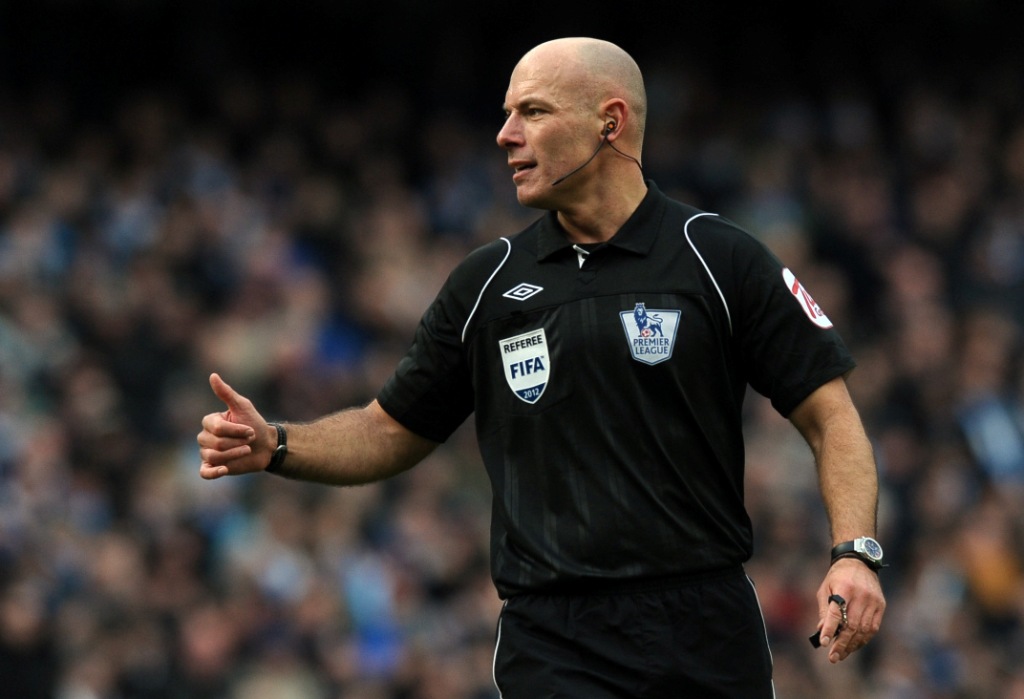 Remember, we are dealing here with experienced officials like Howard Webb, the man who refereed the 2010 World Cup Final.

Consider the pitiable position the authorities are now putting the officials in. They are forcing them to admit they did not see incidents which the world has seen and that they would have come to another decision if they had. In other words they are being shown up to be inadequate. Does this not lower respect for officials at a time when you want to increase respect for them?

They are also forcing us, the spectators, to concentrate, not on the football, but the incidents that were missed and might have changed the game had they not been missed. Players whose misdeeds have been missed become better known then the ones who sparkled on the field of play.

How ridiculous can football get? Yes, we need better financial standards in the game. But we also need administrators who are willing to look at the modern world as it is, not as it used to be in their playing days. The tragedy is there seems nobody high up in football who realises the damage such myopia is doing to the game and its reputation.