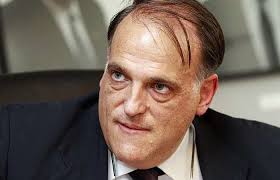 By David Owen
October 26 – Spain’s La Liga is expected soon to start the process of selling domestic broadcasting rights for the next three seasons, in a move it hopes will drive up value by some 50% from the €600 million realised for 2015-16. El País, the much-respected newspaper, has suggested that an auction of these rights for the 2016-17 to 2018-19 period is likely before the end of the year. Spain moved recently to the same collective selling model as that utilised by other leading European football leagues.