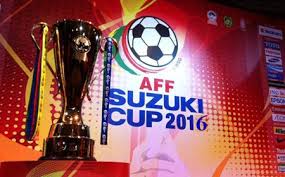 By Mark Baber
March 14 – The 2016 AFF Championship, marketed as the 2016 AFF Suzuki Cup will, after all, be co-hosted by the Philippines after problems with the stadia were ironed out, the Philippines Football Federation (PFF) announced on Saturday.

It had seemed that the Philippines had missed the opportunity to host the event, but thanks to an extended deadline granted by the organisers, the PFF has secured a contract to use the Philippine Sports Stadium in Bulacan, which will serve as the primary venue for the event .

The Philippine Sports Stadium, which is owned by the Iglesia Ni Cristo, an influential Christian sect who regard all other Christians as apostates, can hold 25,000+ spectators and is big enough to meet the organiser’s requirements, whilst The Rizal Memorial Football Stadium in Manila (the countries official national stadium) – which has a capacity of just 12,800 – will serve as the secondary venue.

In a statement the PFF said: “The hosting of this event is an opportunity and a challenge to PFF and all football stakeholders in the Philippines.”

The announcement followed a meeting of the Asean Football Federation (AFF) council in Da Nang, Vietnam and means that the Philippines will co-host the group stages of the tournament (together with Myanmar) for the competition which will see 8 teams competing from 19 November to 17t December this year.

The decision ends Malaysia’s hopes of taking over the hosting of the tournament.

PFF general secretary Edwin B Gastanes said: “We’re very glad to receive the support from the AFF council … now we can move on and work towards hosting a successful Suzuki Cup.”