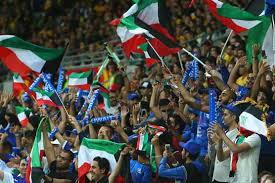 March 15 – FIFA has officially cancelled Kuwait’s two Asian World Cup qualifying matches against Laos and South Korea scheduled for later this month, the inevitable result of the Gulf state’s ongoing suspension but another blow to the region’s football stability on and off the field.

The Kuwait Football Association were suspended by FIFA in October because of government interference in their national football association and were subsequently barred from voting in last month’s FIFA presidential election.

In a statement, FIFA said that due to the ongoing suspension, Kuwait’s World Cup qualifying matches scheduled for March 24 and 29, against Laos and South Korea respectively, “cannot take place as things stand at the time of writing”. The national team also failed to play a previous World Cup qualifier in November. That match was forfeited as a 3-0 win for Myanmar.

FIFA said it has contacted the relevant footballing authorities in each of the nations affected, adding that the issue has now been referred to the FIFA Disciplinary Committee for consideration.

Last month, four of Kuwait’s 1982 World Cup team toured the Gulf region lobbying football chiefs in an attempt to have the ban overturned. A delegation led by Kuwaiti MP Abdullah al-Maayouf, who played for the country at their only World Cup finals, met senior football officials from Bahrain, Qatar, the UAE and Saudi Arabia to push Kuwait’s case for reinstatement.

Kuwait’s Olympic committee has also been suspended by the International Olympic Committee over government interference, putting its participation at this year’s Rio de Janeiro Olympics in doubt.