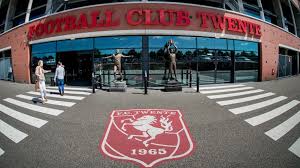 March 16 – FC Twente is facing expulsion from the Dutch top-flight, the Eredivisie, next season as the institutional and financial crisis continues to grow at the club. The Dutch FA, the KNVB, is threatening to revoke Twente’s professional license.

The club from the Netherlands is teetering on the edge. FC Twente’s financial trouble first emerged last season: the club had overspent after the windfall from its Champions League participation in the 2010/11 season and had also invested considerably in a state-of-the-art stadium.

Twente implemented measures after pressure from the KBVB in the form of a six points deduction punishment, but the club still had debts of €90 million. By the 2016/17 season Twente wanted to reduce its financial budget to €35 million to further streamline its operations.

But lightening did struck twice at Twente and its story reads as a chronicle of a death foretold. Last week the KBVB and chief investigator Ben Knuppe released a damning report about Twente’s financial management. In response a majority of Twente’s managers resigned and the club announced a new operational model, but the KNVB maintains that the club’s future is bleak.

Last year Gerald Van den Belt arrived at Twente as financial director. He had to implement a €10 million austerity measures package. Van den Belt vowed that Twente’s financial dealings would return to normality, but the KNVB report implied that Van den Belt changed or nothing at the club. The report cites ‘an unhealthy culture’ at boardroom level.

The transfer from Dusan Tadic to Southampton is an apposite example: Tadic’s agent Zoran Pavlovic received €1.8 million for his part in his player’s €13.8 million move to the south of England, but in January interim-director Onno Jacobs disclosed a second agreement with Pavlovic, worth another €1.8 million. Twente didn’t pass on this information to the KNVB, which was monitoring the club’s financial situation.

The club from Enschede had a meeting with Pavlovic at the end of December in Vienna, but Jacobs denied that a deal was done. The second projected sum for Pavlovic had not been accounted for in the annual financial statement of the club. E-mail correspondence between board members suggests that the club was worried on how to deliver the other €1.8 million to Tadic’s agent. Under Van den Belt the club created a construction whereby Pavlovic would have to invoice Twente for non-existing scouting assignments and non-existing negotiations in transfer dealings.

The club’s dealings with the Malta-based investment firm led to chairman Aldo van der Laan’s resignation in December. The KNVB also penalized Twente with a points-deduction and a three-year ban from European football.

Last week Van den Belt resigned together with board members Hein Trebbe, Hennie ten Hag and Joop de Winter as a result of Knuppe’s report. Twente’s predicament remains precarious: the KNVB is considering granting the Twente its professional license if the Enschede-based club meets Knuppe’s recommendations by May 1 and submits a credible and transparent financial report.

“There are a number of weaknesses from the past, which are very difficult to solve,” said KNVB director of professional football Bert van Oostveen. “I think you need Houdini and Dutch magician Hans Klok at the same time to get them out of this.”

Twente’s main obstacle to meet its May-deadline is renegotiating an agreement with its creditors. The city of Enschede considers those negotiations and a binding agreement a ‘conditio sine qua non’ for it to loan the club €32 million to refinance its debts.