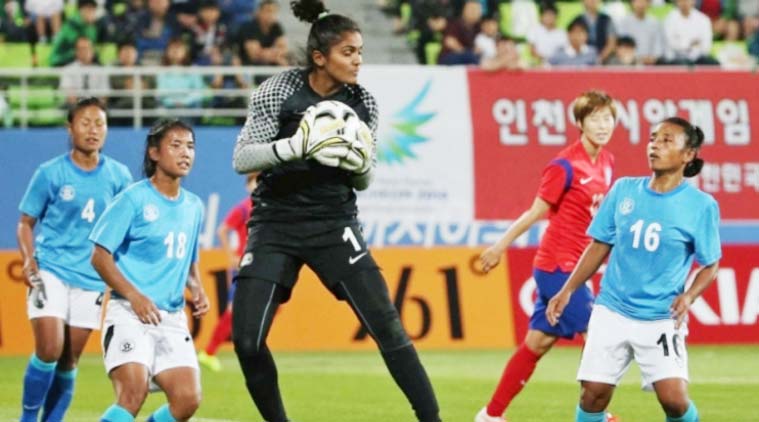 April 5 – The All India Football Federation (AIFF) president Praful Patel has announced that India will start a women’s football league later this year.

In India women’s football gets little attention. The Indian Super League and foreign leagues gain traction with local leagues, but football remains largely superseded by the nation’s obsession with cricket.

The women’s game boosts stars with goalkeeper Aditi Chauhan, who plays for West Ham United, and midfielder Bembem Devi. They have been India’s flag bearers for the women’s game in recent seasons.

The achievements of the Blue Eves, India’s women’s national team, have largely gone unnoticed. They are ranked higher than their men’s counterpart on the FIFA ranking though (58th vs 160th).

The India women’s football team has won the SAFF Championship on three consecutive occasions. Earlier this year, they won their second South Asian Games, defeating Nepal 4-0 in the final in Shilong.

“More emphasis is being paid on Women’s Football in India,” announced Praful Patel, who is also an AFC vice-president, in an AIFF press release. “AIFF will leave no stone unturned for providing support for us to qualify for the AFC Women’s Asian Cup. We had talks about a Women’s League and we shall kick-off the Women’s League sometime this year itself.”

In the past the AIFF promised to establish a women’s league, but those promises never materialised.

“I say that everywhere and every time – it would be great if they could start an Indian women’s football league, it would be a great motivating factor for Indian girls to continue playing football and have a career in football,” Chauhan told Insideworldfootball earlier this season.