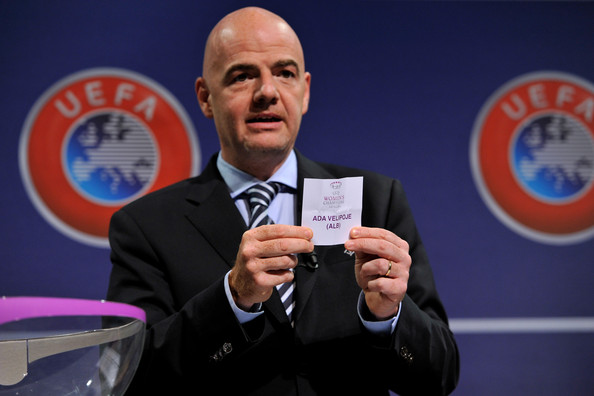 April 6 – UEFA and its marketing agency TEAM have laid bare the anatomy of the Ecuadorian TV deal that has dragged FIFA president Gianni Infantino into the Panama Papers scandal as the signatory on the contract for Champions League TV rights in 2006.

Sports TV rights specialists have told Insideworldfootball that this kind of deal is not uncommon in the TV market and especially in South America, though not all contracts would necessarily assign rights to offshore shell companies, though even this was not uncommon in the past

UEFA in its statement yesterday says the contract was awarded to ‘Teleamazonas/Cross Trading’. So which company was it awarded to and was UEFA aware that they came as a package, and if so they presumably knew that there was a $200k+ mark-up (the rights were sold to Cross Trading for £111,000 who on-sold them for $311.170)

So if the deal was with Teleamazonas why wasn’t the contract? UEFA said: “The reason why Cross Trading appears as the contract partner in this deal is simply because TEAM was advised that Cross Trading had the mandate to act as exclusive buyer for all sports TV rights for Teleamazonas in the European area. Neither TEAM nor UEFA had any reason to believe that there was anything suspicious or untoward about an agency relationship between Cross Trading and Teleamazonas.”

A press release from TEAM Marketing effectively says the same: “The UEFA Champions League free-to-air television rights for the 2006/9 seasons for Ecuador were awarded following a fair and open tender process. The offer submitted by Cross Trading/Teleamazonas was the highest offer received for the rights tendered. Cross Trading acted based on instructions from Teleamazonas as its media rights buying agency. At that time nobody was aware that Cross Trading would, approximately a decade later, be the subject of criminal investigations.”

In the bigger picture of TV rights sale the Ecuadorian deal was a small one and as one senior sports rights sales veteran told Insideworldfootball: “It doesn’t look like a dodgy deal on UEFA’s side. Sometimes if you want the exposure and the sale in a smaller market you have to accept that there might be a cosy deal between a third-party and the acquiring broadcaster.”

Cosy or not, the ramifications have again put the spotlight on football and its commercial funding partners

Asked whether UEFA used Traffic in South America (the biggest of the sports marketing agencies central to the US corruption investigations) as well, the answer was yes though clearly not on the same terms. “There is a EURO 2016 hospitality sales agreement for Brazil between EURO 2016 SAS and Traffic Sports Europe. This contract is purely commission-based and is on similar terms to a significant number of other hospitality agents we have entered agreements with. In short, it is a fairly standard agreement,” said UEFA.

For its part Team Marketing agrees with UEFA in its assertion that the stories that have circulated worldwide from this deal are actually just a malicious and personal attack on the integrity of Infantino.

Martin Wagner, delegate of the board of directors of Team Marketing, said: “This appears to be nothing more than a particularly shameful attempt by certain sections of the media to cast aspersions on the reputation of the FIFA President, Gianni Infantino, by conducting a baseless public trial by innuendo.”