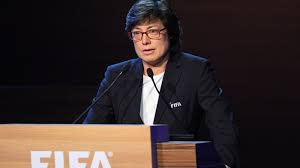 April 20 – The Asian Football Confederation (AFC) is endeavouring to make greater efforts to support the growth of the women’s game which has struggled for recognition in many parts of the diverse continent.

Experts from FIFA, UEFA, CAF and CONCACAF joined AFC members for two days of discussions to decide on the best way forward, with many Asian countries still reluctant to let women have the same opportunities as men.

FIFA Executive Committee Member Moya Dodd (pictured) said that despite having a record of success at international level, more needed to be done to match the progress of other confederations.

“Twenty per cent of the AFC Executive Committee members are women, which is considerably more than at any other Confederation. However, other Confederations are stepping up their game and we need to make sure the AFC keeps up in women’s football development.”

AFC Head of Women’s Football Development Bai Lili added: “The AFC’s strategy for women’s football development has a clear aim: We want all women and girls in Asia to have an opportunity to play football.

“The success of Asian women’s football teams in the global game is a sign of the progress and promise of our continent. Looking ahead, we must continue to encourage more MAs to compete at the highest levels at all age groups, more systematically. Ultimately, the success of the women’s game in Asia will depend significantly on the journey designed and travelled together as one united family.”