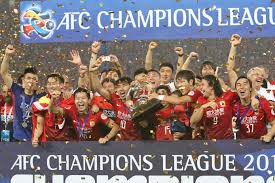 April 28 – The cost of winning has caught up with Chinese Super League giant Guangzhou Evergrande Taobao FC who have revealed a staggering loss of RMB953 million ($147 million) in their year ended 2015 accounts.

The loss is more than 2.5 times the club’s revenue which itself was impressive for the region at RMB380 million ($59 million) last year.

Guangzhou Evergrande have blazed a trail for Chinese football winning the AFC Champions League last season and being the confederation’s representative at the Club World Cup in Japan last December.

The loss was attributed to “the increased expense of introducing coaches, paying players and preparing for matches” which cost the club a total of RMB1.3 billion ($200 million) in 2015.

The club is managed by Brazilian Felipe Scolari and last year opened the Chinese rush for big name international players by buying another Brazilian, Paulinho, for $15 million from English Premier League Tottenham Hotspur. This season its foreign playing contingent have not been so successful having been already knocked out the AFC Champions League.

The losses are clearly worrying to the club’s board who have installed a new president – Li Yimeng has taken over from Liu Yongzhuo – in a bid to improve its operations.

But its shareholders have deep pockets. Listed since March on China’s ‘New Third Board’ – a trading platform for shares in small- and medium-sized companies – the club is still reportedly valued at a chunky RMB3.35 billion ($516 million). Originally wholly owned by real estate company Evergrande Group, China’s e-commerce giant Alibaba bought into the club last year taking a 56.71% stake in the club for a reported RMB 1.2 billion ($192 million).

On launch the club valuation was $284 million which would have put Evergrande into 20th place in the latest (2013 figures then) Forbes List of the World’s Most Valuable Clubs.