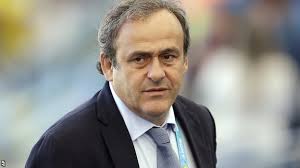 April 29 – Michel Platini made his do-or-die appearance before the Court of Arbitration for Sport (CAS) today in the vain hope that he can clear his name and resume his UEFA presidency in time for the organisation’s annual congress in Budapest next week.

With his entire career hanging in the balance, Platini is making one last stand in appealing his FIFA ban for ethics violations – already reduced from eight years to six – knowing that the stakes could not be higher and telling reporters he was confident of victory before the three CAS judges in Lausanne, a short drive from UEFA headquarters.

“Today the match begins, a new match, the final, and we are all on the same page. I’m optimistic, we’re going to win,” Platini said on arrival for what was expected to be an eight-hour session.

Platini’s entourage is reportedly hoping for a decision “before May 3” when UEFA holds its congress in Budapest but high-ranking sources familiar with the case have told Insideworldfootball that even if the CAS overturns Platini’s ban, it is highly unlikely they would reach a verdict within four days, with a mid-May judgement more likely.

“It’s not impossible to have a decision by May 3 but it’s highly unlikely. That would suggest CAS had already made up their minds because it’s a very document-heavy procedure,” said one well-respected source.

Just to recap, Platini has been sanctioned over that infamous two SFr2 million payment he received in 2011 from FIFA with the blessing of Sepp Blatter, who has also taken his case to CAS after being similarly banned and is waiting for his own hearing date. The 80-year-old former FIFA president was expected to appear today in defence of Platini’s conduct.

Both men insist they did nothing wrong and that the payment was part of a legitimate oral agreement relating to consultancy work that Platini did for FIFA between 1999 and 2002 but for which payment was not made until a decade later as backdated salary – just before the 2011 FIFA presidential election when Blatter stood unopposed after Platini chose not to run.

The debacle has already cost Platini his chance of becoming FIFA president in succession to Blatter, a post that went instead to Platini’s former number two at UEFA, Gianni Infantino.

If the CAS ruling ends up being favourable to Platini, he will most likely make a triumphant return at the European Championships in his homeland beginning June 10. But even though he has been invited as a guest by the organising committee, a negative verdict would effectively bring his political career to an ignominious end.

UEFA would then have to organise an election to replace him but not before the Euros end on July 10, meaning the trophy would probably be presented to the winner by UEFA’s highly controversial stand-in president, veteran Spaniard Angel Villar Llona.