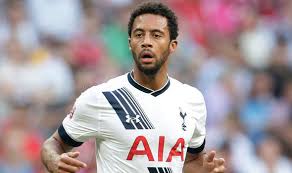 CIES Football Observatory have been releasing week by week their leading players of the season in Europe’s Big 5 leagues. Having announced goalkeepers and defenders, this week it is the turn of the midfielders.

The rankings are based on key performance indicators that are then matched to their on-field performances. The chart below shows the importance (and hence weighting) attached to the different factors. Only players who have played 60 minutes or more on matches are considered.

Barcelona, Bayern, Dortmund and Spurs each have two players in the two rankings.

Surprise Premier League champions Leicester City have one of their breakout players, N’Golo Kanté, in eighth place in the defensive midfielders ranking. He is the only Premier League player in the tip 10 that has three Bundesliga players.

In contrast the Bundesliga has only one midfielder in the ‘box-to-box’ top 10, but there are three players from both La Liga and the Premier League. 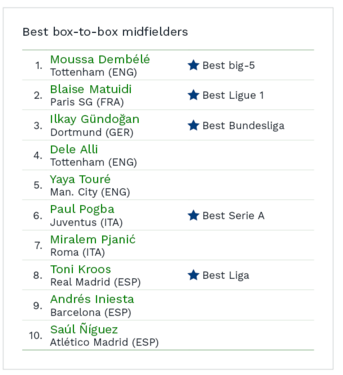 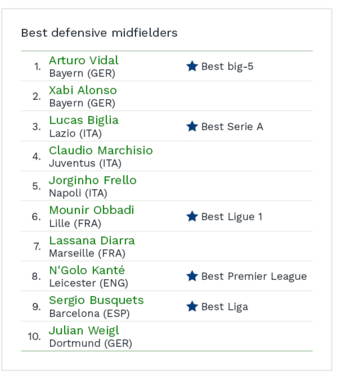 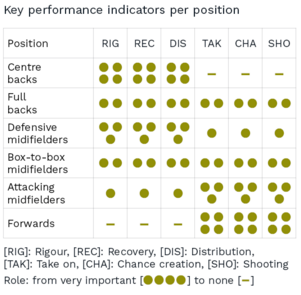