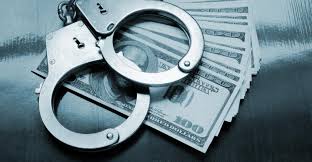 May 11 – Neither governments nor the sports industry are doing nearly enough to combat and reduce match-fixing and illegal betting according to a comprehensive new report released by the 34-nation Organisation for Economic Co-operation and Development (OECD).

The survey, compiled over many months by the OECD’s Task Force on Countering Illicit Trade but only recently made public, says sports organisations should be mandated to establish integrity committees “with real authority” to aid the fight against criminal gangs.

The report, which covers illicit trading across the entire global economy, paints a worrying picture of the scale of the problem and includes a specific 20-page section on sports manipulation as an economic crime, calling for a co-ordinated global approach.

“In too many places around the world, criminals have built their illicit empires on dirty money,” the report states.  “Criminal individuals and groups have been known to penetrate leagues and teams through ownership or contractual arrangements, which positions them to manipulate results.”

“Cases of manipulation could be far more  numerous than is currently reported or acknowledged due to a lack of sufficient fraud detection resources and weak surveillance.”

“As sport has become global, so too have the criminal networks. Organised crime syndicates are well-versed in exploiting the gaps in corporate governance and international co-ordination, and they are looking to new sports markets for fertile ground. Gambling on sports, and rigging the results, has become a means to launder money obtained in other criminal enterprises.”

One of the authors of the sports section of the report is Fred Lord, anti-corruption and transparency operations director at the International Centre for Sport Security.

Football at all levels, he notes, has the largest number of manipulation cases reported annually. “Manipulation scandals involving hundreds of matches have occurred in countries including, but not limited to, Finland, Australia, El Salvador, China and South Africa.”

But this is probably just a drop in the ocean, warns the report.

“The lack of adequate fraud detection resources in some federations and weak surveillance of lower league, junior, women’s and local competitions lead to the conclusion that cases of manipulation could be far more numerous than is currently acknowledged,” says the report which suggests a number of measures could be implemented including:

“While many stakeholders in the sports industry now acknowledge the scale of the threat, a co-ordinated, pro-active response has remained elusive,” the report says.

“The disparate efforts of sporting bodies and governments to confront the challenge have not kept pace with criminal innovation.”

“While the complete eradication of illegal bets does not seem feasible … the most effective preventive and educational measures to promote integrity in sports requires, at least at the national level, co-operation between public authorities, the sporting movement and betting operators.”