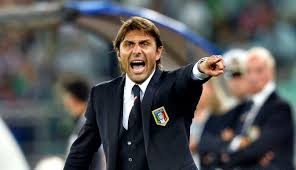 May 17 – Italian national coach and incoming Chelsea manager Antonio Conte says he feels “stronger” after being cleared of any wrongdoing in a match-fixing scandal.

Conte was acquitted by a court in the northern Italian city of Cremona after being accused of being aware of and not having intervened to prevent the alleged fixing of a game in 2011 between Siena, where he coached at the time, and AlbinoLeffe, which Siena lost 1-0.

The judge in the case, Pierpaolo Beluzzi, said the charge of sporting fraud against Conte was “groundless” even though prosecutors had called for a six-month suspension.

“Those close to me know how much I have suffered at the very idea my name could be associated with the shame of match-fixing,” Conte wrote on his Facebook page.

“Four years ago, a search of my house at 5am ushered in a nightmare period that at times I felt would go on forever. Those who stood by me, and who know me best, know how much I have struggled with the idea that my name might be associated with the shameful world of match-fixing.”

“I want to thank all those who have never doubted me and assure them that I have come out of this experience stronger and even more motivated.”

Conte played more than 400 games for Juventus and went on to manage the club to three successive Serie A titles from 2012 to 2014. During the start of that period, he was banned for 10 months for not reporting alleged match-fixing in two games involving Siena in the 2010-11 season. This was later reduced to four months by an Italian sports tribunal and in 2014 he took over the national team.

The match-fixing inquiry followed alleged attempts to manipulate games in Serie B and the third-tier Lega Pro during the 2010-11 season.

The FIGC has already conducted its own investigation into the case, with more than 50 players banned for up to five years and a number of clubs, including Atalanta and Siena, having points deducted.