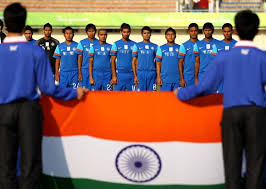 May 20 – The All India Football Federation, the AIFF, has unveiled the first details of the widespread changes to the domestic structure of Indian football that will see the Indian Super League  (ISL) become the country’s premier football competition.

The developmental process of Indian football has been akin to moving an oil tanker – very slow, but the AIFF and its commercial partner IMG-R have finally drafted a roadmap for the future.

At the top of the pyramid, the decision has been taken that the ISL won’t merge with its older rival the I-League, which has struggled to sustain itself amid the suffocating marketing and commercial presence of the ISL.

The ISL will become India’s undisputed premier football competition. Alongside the existing eight teams, two or three clubs from the I-League will be inducted into the ISL via a tender process.

The remaining I-League clubs will form a new League One, currently the second division. The remodeled structure would come into effect in the 2017/18 season.

The ISL will not have a system of relegation and promotion due to the contractual obligations with the existing franchises, but League One, and League Two, will have open systems. The league season will be followed by the Super Cup with 16 participating teams from all the three tiers of the game. The winners of the ISL and Super Cup will get India’s two AFC Cup berths.

The proposed reforms will entail multiple problems in terms of sustainability, infrastructure and player development.

At this stage, Mohun Bagan, East Bengal and Bengaluru FC are the only I-league clubs with a realistic chance of surviving in the ISL, but that would create a particularly difficult situation in Kolkata, where both Mohun Bagan and East Bengal enjoy massive support. That may be detrimental to current ISL franchise Atletico de Kolkata.

Stadiums will also present a challenge, because in India plenty of teams share grounds. Three tiers of the game will also demand a larger talent pool of players. India will need an expanded footballing ecosystem to implement the three-tiered structure.