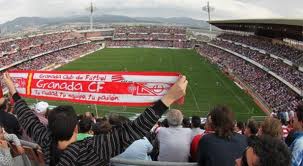 May 26 – Rumoured Chinese investment in Spanish club Granada CF looks to be nearing completion with reports that a figure of €37 million has been agreed.

Granada is owned by the Italian Pozzi family who have been marketing the club to Chinese investors with online streaming company PPTV, backed by e-commerce giant Suning, reportedly making a bid following a breakdown in takeover talks with Malaga.

PPTV had also met with Espanyol which was eventually sold to China’s Raster Group. PPTV owns the broadcast rights to La Liga in China.

With PPTV out the picture sports marketing agency Desports is reported to now be closest to a deal that could complete within two weeks.

Desports works with MBS in Spain, an agency led by Pere Guardiola (brother of Manchester City manager Pep), has played a significant part in this deal. Guardiola would become president at Granada if the deal is concluded.

As well as Granada, the Pozzo family also own Italian club Udinese and Premier League side Watford.