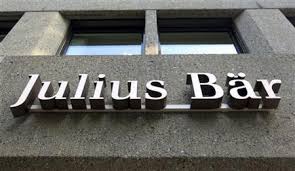 May 27 – Details are slowly emerging that as many as 16 bank accounts were held by FIFA officials at Swiss private bank Julius Baer, with at least four of them held by officials indicted by the US Department of Justice in its investigation into FIFA corruption and money laundering.

The news, reported in leading Swiss financial journal Insideparadeplatz.com, indicates that Julius Baer was far more involved in the scandal than it has been willing to admit to date, despite the arrest of one of its former senior officials, Argentine Jorge Arzuaga.

Initially the bank had said that perhaps four of its clients had been linked to the FIFA scandal, but in fact the bank has referred at least 16 accounts linked to FIFA officials to the Swiss Money Laundering Reporting Office in Bern. The referrals were made by Julius Baer after US and Swiss prosecutors had begun their hunt for corrupt officials and sports marketers linked to FIFA.

The four named in the US indictments that have been identified as holding accounts at the bank are: Nicolas Leoz, former president of CONMEBOL; Eduardo Deluca, secretary general of CONMEBOL between 1986 and 2011; Alejandro Burzaco, former chief executive of sports marketing agency Torneos y Competencias; and sports marketer Jose Margulies.

The identities of the other 12 account holders are unknown but it seems likely they will include more south and north American football officials. How many European account holders have been referred is unknown. It is also unknown as to whether any of the account holders were full time FIFA employees.

If they are then the probe into the Zurich headquarters and the activities of its just-sacked finance director Markus Kattner will intensify and assume even greater importance in the racketeering case US prosecutors have been building.

Arzuaga has provided the gateway for investigators into Julius Baer and its football account holders just as he was the gateway for the bank to secure the accounts in the first place.

Arzuaga was hired by the bank because of his close links to football’s big money men, especially in South America. He became privy to the bank’s practices that have come under suspicion in the past both in the financial media and by the regulatory authorities. Arzuaga had left the bank soon after the first arrests at the Baur au Lac Hotel in Zurich in May 2015, two days prior to the FIFA Congress.

He was briefly arrested himself but has apparently cut a deal with prosecutors that opened the financial side of the investigation up for US prosecutors with potentially far reaching consequences both for the bank and its practices, and its clients, not just those in football.

Julius Baer has long been referred to in Zurich as ‘FIFA’s bank’ and was the favourite resting place for a lot of private football money, the concern for many account holders will be that it could end up being the last resting place. The bank has always strenuously denied it was so closely tied to FIFA.

Arzuaga was the private banker of now deceased Julio Grondona. Grondona was president of the Argentine FA and for more than 20 years a member of FIFA’s executive committee – he was also head of FIFA’s finance committee. He also introduced Burzaco to the bank (he held broadcast and sponsorship rights to the Copa America and Copa Libertadores).

These two clients were the backbone of Arzuaga’s football clients at Julius Baer, but soon many more followed them. Arzuaga had joined he bank in 2013, having previously run his own asset management company believed to have been associated with Clariden Leu, a private banking subsidiary of the major Swiss bank Credit Suisse.

Julius Baer has been involved in a separate tax dispute with US authorities – an amount that could be as high as $500 million – which provides further powerful motivation for prosecutors to flex muscle in the area.