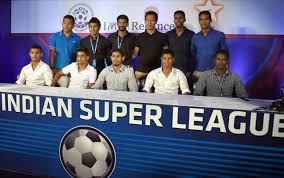 May 31 – Indian clubs from both Goa and Kolkata are protesting against the reformed league structures proposed earlier this month by the All Indian Football Federation (AIFF) and their marketing partners IMG-Reliance. At the top of the roadmap towards a new league structure was the positioning of the Indian Super League (ISL) as the top league.

Goan clubs Sporting Clube de Goa and Salgaocar have expressed their dissatisfaction at the proposals and have sent a letter to AIFF, with Sporting claiming that the proposed format is ‘against sporting merit’.

“Our club became a part of the I-league, the premier league of the country, purely on merit,” read the letter written by Sporting CEO Victor Fernandes.  “The club earned a place in the I-League and retained its place in the top league all these years. We have also fulfilled the mandatory club licensing criteria. The proposed format is against sporting merit.”

Discontent is also simmering among I-league clubs from Kolkata, a traditional hotspot in the Indian football landscape.

At this stage Mohun Bagan and East Bengal, together with  Bengaluru FC are the only I-league clubs with a realistic chance of surviving in the ISL, but that would create a particularly difficult situation in Kolkata, where both Mohun Bagan, and East Bengal enjoy massive support.

The AIFF’s decision making has been driven by a requirement for a stronger and sustainable marketing and revenue structure for the professional game. The ISL, a copycat of the lucrative and glitzy Indian Premier League cricket, will become the Indian top flight with the I-league turning into the second division. The AIFF wants to minimise friction between the two leagues but currently conflict looks inevitable.

The remodeled structure will come into effect in the 2017/18 season.