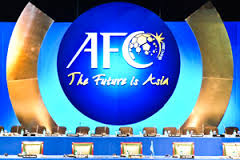 June 2 – The Asian Football Confederation (AFC) at a meeting of its Governance Reform Task Force has taken steps to implement a new and more detailed whistleblower policy, a first for a football confederation outside the area of match-fixing.

Meeting at AFC headquarters in Kuala Lumpur, the Task Force agenda covered a wide range of reform and integrity issues including:

– AFC policies and procedures on bribery and corruption risk;

– Controls on the financial distributions to the AFC Member Associations;

– New regulations on the commercialisation of AFC’s rights;

– Follow-ups to the PwC governance recommendations of 2012, including a review of internal audits of procurement and HR;

– Stakeholders: how best to include Asian football’s stakeholders in the AFC’s future decision-making processes.

The AFC task force commented that it “was pleased that the AFC’s longstanding rules had now been implemented by FIFA, such as presidential term limits and a minimum quota of female Executive Committee (ExCo) members.”

But a press statement also noted that the AFC had gone further than FIFA in its reforms “including setting an age limit of 70 for the President and all AFC ExCo members. In order to separate the political from the operational, the AFC has a non-Executive President system with an empowered General Secretary and team of high-level Directors acting without day-to-day political influence.”

The reform task force is chaired by HRH Prince Abdullah Ibni Sultan Ahmad Shah of Malaysia, and his deputy is finance specialist Muhannad Fahmi Hamad of Bahrain, who is also the independent Chair of the AFC Audit Committee. The AFC has representation on FIFA’s governance committee with Justice Mukul Mudgal (Retd.) and Muhannad Hamad having been appointed as independent Deputy Chair and member of the FIFA Governance Committee respectively.

As regards its own on-going reforms and improved accountability, the task force acknowledged the importance of the new AFC Vision and Mission that was launched in Doha in January and is now being implemented across the confederation.