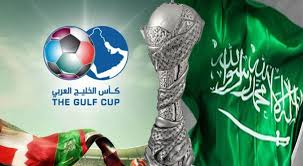 June 3 – Saudi Arabia and Yemen may have their political differences but football is bringing them together under a new eight-nation regional body that aims to streamline the administration of the sport in the region.

Whilst each national federation will independently grow and manage the sport of football in their respective countries, the new body – comprising Bahrain, Iraq, Kuwait, Oman, Qatar, Saudi Arabia, the UAE and Yemen – will run the main club and international competitions in the region (notably the Gulf Nations Cup, Gulf Champions Cup and Gulf Cup Winners Cup), manage media and sponsorship rights as well as promote unity between the nations involved.

Under the umbrella of the GCF, the long-delayed 23rd Gulf Cup – to be re-named Gulf Nations Cup – was finally handed to Qatar who have been given further time to decide the exact dates of the tournament in December 2017 and January 2018.

It was originally to be held in Kuwait in December last year but was postponed because of a political dispute that led to Kuwait’s controversial suspension by FIFA.

For the first time in Gulf football history, the sport will now be unified under one marketing structure with a top-tier partnership category that will be granted only to a few Elite Partners.

The first events to be organised under the auspices of the GCF will be the Gulf Champions Cup and the Gulf Cup Winners’ Cup in August 2017.

The breakdown of the revised GCF competitions is as follows:

The pinnacle of the Gulf football world this will take place on a bi-annual basis and see the tournament moving throughout the Gulf region.

Future Hosts to be determined via bidding

Comprising eight league champions, this is the annual  climax of the Gulf’s premium club competition.