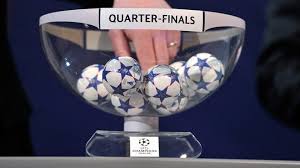 June 14 – Sepp Blatter may no longer be in the daily spotlight at FIFA but he has once again used a media opportunity to get back in the news, this time with a remarkable accusation that he witnessed those who run European football fixing draws for their competitions.

The 80-year-old Swiss says draws were rigged using the so-called “hot and cold balls” method as a means of identification.

Blatter says no draw for any FIFA event had ever been fixed in his 18 years in charge but that the same could not be said about European competitions back in the 1970s and 80s, though he didn’t identify them.

“There was only one person who had that power in Europe,” Blatter told Argentina’s La Nacion newspaper. . “[Former UEFA president from 1973-83] Artemio Franchi used to do that for the club tournament draws.

“I did not do that for the World Cup in 1978. But with my magic, I could do anything. Once again, I am joking. The draw was honest down to the last detail. I never touched the balls, something that other people did. Of course, you can rig them by making them hot or cold.”

“Of course it is technically possible. This did not happen in FIFA but I have been witness to draws at European level at which it happened. But never in FIFA. Of course it can be done but in my case it never happened, never.”

Explaining how the trick worked, Blatter added: “Before the draw you put the balls in the refrigerator. At the slightest touch you can tell if the balls are hot or cold. By touching them you know exactly what you have.”

Blatter, who was replaced by former UEFA number two Gianni Infantino last February, is currently appealing his six-year ban from the game through the Court of Arbitration for Sport though he is unlikely to be making any sort of comeback.

Despite the slew of corruption allegations surrounding FIFA and the spate of high-profile indictments, Blatter insisted once again that he was not guilty of any wrongdoing even though he himself is under investigation by the Swiss judiciary.: “[I am] not corrupt. They have tried to find something on me but no one has found that I have violated any Swiss law,” he said. “Swiss laws and any criminal law.”

“They aren’t going to find anything on me. My conscience is clear, yes. FIFA is not corrupt. Only men are. FIFA are an organisation with 1,600 people, they can’t all be corrupt.”