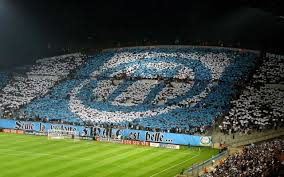 June 27 – Olympique de Marseille (OM), struggling financially under president Vincent Labrune, look poised to announce new money into the club with Iranian investors reported to be ready to splash the cash to rejuvenate the French giant.

Last February the Recon Holding led by Chinese businessman Tony Jiantong Xia, who owns multiple companies in the infrastructure and transport industries, expressed interest in acquiring OM. That potential €80 million deal broke down before the Chinese received access to OM’s accounts with Recon instead looking towards England and a €75 million acquisition of Aston Villa.

At Marseille, interests are split between Margarita Louis-Dreyfus, Igor Levin, the Rotschild bank and club president Vincent Labrune. The president has been widely criticised over transfer policy and general management.

The club boasts a rich history of irascible presidents: in the 70’s, Marcel Leclerc threatened to withdraw the club from the French league, while in the 90’s Bernard Tapie was involved in a major match-fixing scandal

Now, Iranian investors, with links to airline Iran Air, want to fork out big money to takeover the famous, but controversial, club, according to French sports daily L’Equipe.

They are said to be prepared to spend €100 million to acquire the club with additional money available to revamp facilities, and for staff and players in a move that would shake up French football. Since Qatar Sports Investments’ 2011 takeover of Paris St Germain, Ligue 1 has been dominated by the Parisian club.

Doyen Sports, the sports investment agency with close links to Labrune, has promised that there is enough cash for Marseille to see through the upcoming 2016/17 season. Marseille finished 13th in Ligue 1 after the departure of Argentine coach Marco Bielsa.