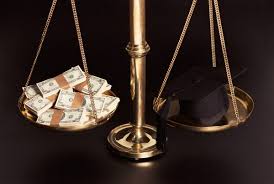 June 28 – A ruling last week in the Supreme Court in the US could well send shivers down the spines of football marketing executives and rights holders who haven’t been caught up in the US football corruption investigations, yet.

The effect of the ruling is to give US federal investigators wider scope internationally to pursue corruption under the Racketeer Influenced and Corrupt Organisations Act (RICO).

In essence that means the US federal system is greenlighting prosecutors to pursue crimes (at least without breaking US legal restrictions) anywhere in the world that are deemed to be part of the RICO conspiracy under investigation. For football it could significantly widen the investigation in Europe, and elsewhere.

Of course, other countries are under no obligation to be as complaint as Switzerland was as regards its own sovereignty when it comes to arrests or extradition of accused individuals to face US courts.

Up to this point US law had generally limited the prosecutions (note this is different to investigations where the US have clearly taken a much wider remit) to crimes that “touched their shores”. In the FIFA case – the US insists on calling it a FIFA case as the premis is that the governing body of world football is the ‘racketeering enterprise’ – this has generally dragged non-US nationals into the prosecution case via use of the US banking system (wire fraud and money laundering accusations).

But the new ruling means that investigations do not have to be limited to crime that has a direct link to the US but that RICO could be applied to conduct outside the US as long as the crimes constituting the “racketeering activity” involved conduct that could be charged on its own.

This opens up the potential scope for the US prosecutions to go much wider internationally and in particular could impact confederations like UEFA, for example concerning rumours around the award of the Poland and Ukraine European Championships or into the investigation into the 2006 World Cup hosting award to Germany. This has implications running to the very top of the football administration food chain in Europe and at FIFA. There is no statute of limitations on a RICO investigation.

Up to this point the US Justice Department has only listed crimes in its indictments that could be argued are within the jurisdiction of the US, keeping the charges within the previously understood terms of a RICO investigation that, via the wire transfers, has domestic US impact.

While the indictments detail many different (but similar kinds of) alleged crimes, it is the RICO charges that bind them all together. The prosecution argument is that they show a “pattern of racketeering activity” rather than separate and individual acts committed by different people.

With the lift in the geographical boundaries of this alleged “pattern of racketeering activity” the question will be how much appetite the US has to pursue more cases and new individuals. With the number of US advisory firms (legal and other) installed at FIFA House in Zurich, it would be a safe assumption that they probably have a long list of people, deals and arrangements they could be interested to take a harder look at.

What could be a defining factor in how far the US is prepared to upscale its investigation globally is how much they could realistically earn from successful convictions – what is termed as “for-profit policing” in the US. Where there is no US party that has received material damages the US Justice Department could not necessarily claim any of the money collected via a prosecution.

One argument that has been put forward in the US is that the FIFA investigations may have as much to do with what has proved to be pretty easy revenue generation, as it is to do with furthering US soft geo-political interests. Although FIFA and CONCACAF can and have claimed restitution via their ‘victim’ status, the reality is the US Justice Department is the bigger cash winner. (For further explanations see this article by Elliott Turner of Vice Sports https://sports.vice.com/en_us/article/is-the-dojs-fifa-corruption-sting-just-for-profit-policing-run-amok)

So if the US can’t generate income from widening the investigation they might be less inclined to do so. But while we all wait to see if that is the case, there will be a lot of football dealmakers reaching for the phones to their legal advisors.