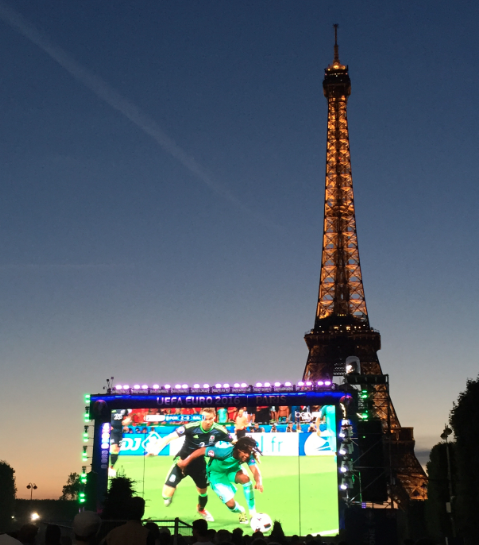 July 8 – No side ever wins a major football tournament without a modicum of good fortune and France arguably had theirs in the semifinal against Germany when they were outplayed for large parts of the game and were awarded a soft penalty.

That is now history and there is no doubt that reaching the final of Euro 2016 on home soil has generated a wonderful feelgood factor across the whole country. The celebrations on Paris streets went long into the early hours of Friday as they ready for Sunday’s match in the capital city.

But as coach Didier Deschamps says, the host nation have not won nothing yet even though they will start favourites to beat a Portugal side that only hit form during their own semifinal against Wales.

France are going for their third European crown having won the trophy in 1984 when they also hosted and again in 2000 in Belgium and Netherlands. They were also the hosts when they won their only World Cup title in 1998.

Portugal by contrast have yet to go all the way in a major tournament and their win against Wales was their first at Euro 2016 inside the regulation 90 minutes.

Having finished as runners up to Greece on home soil in 2004 they were also semifinalists on three occasions – 1984, 2000, 2012. Are they destined again to finish up as the nearly men of European football at the Stade de France on Sunday?

Coach Fernando Santos is hopeful on the fitness of Pepe, who missed the semifinal against Wales but even if he makes it, Portugal’s record against France is poor – an eight-match losing streak.

Cristiano Ronaldo will be determined to end that jinx and finally collect the international silverware he craves but with Antoine Griezmann on fire up front for France, it would be a surprise if the whole nation is not celebrating a victory for Les Blues long into the night – even if it goes to extra time which many are predicting.