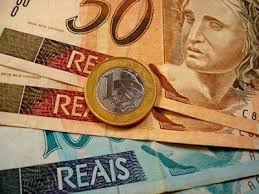 July 8 – Seven people suspected of match-fixing – including players, coaches, agents and club presidents – have been arrested in Brazil.

The incidents reportedly occurred in the second and third divisions of the Sao Paulo state championship, according to Kelly Cristina Sacchetto Cesar de Andrade, one of the police officers leading the investigation.

Those arrested in raids in four Brazilian states were believed to have worked with betting syndicates in Malaysia, China and Indonesia, Sacchetto said.

“The first phase of this operation is to stop those being investigated, listen to them, and gather more evidence to begin a second phase so we know the exact extent of this gang, if it affects other tournaments, championships or sports,” Sacchetto told reporters.

The investigation began at the start of 2015 and is also examining possible match-fixing in tournaments held in the northern and northeastern regions of Brazil.

Brazil has five regions, with the best known clubs in the more developed south of the country. A total of 11 first division matches were replayed in 2005 after one of the country’s top referees was accused of taking pay off from betting syndicates.