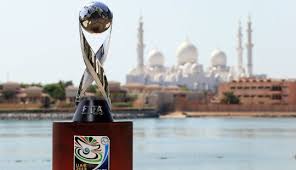 July 11 – Organisers of Indian football, who have had to look on enviously at the strides being made in China, hope the restructuring of the domestic league plus next year’s under-17 World Cup will prove a turning point in the development of the game nationwide.

The state of the game in India was one of the key topics at last week’s World Football Forum in Paris where officials admitted progress was slow in a nation of 1.3 billion people but provided an optimistic assessment of the future.

Kushal Das, general secretary of the All India Football Federation (AIFF), conceded that the current structure of Indian football “is not delivering from either a player development or commercial perspective”, not helped by the fact that cricket enjoys 75% of investment in sport.

Hence the decision to amalgamate the current I-League, which has struggled to sustain itself, with the Indian Super League  (ISL) that will become the country’s premier football competition.

“The ISL has been a huge success in its first year in terms of visibility and spectator attendance,” Das told delegates.  “It has created the necessary boost and will be even better in its second season.”

But, said Das, it wasn’t practical to have two separate leagues, “It has created huge issues for the national team so we decided to restructure. We must create a sustainable model. There will be some pain in terms of legacy clubs who miss out but from  a fan base and commercially they have not delivered sufficiently.”

The remodelled structure will come into effect next year, the same year India stages the under-17 World Cup. “We believe it will be a game-changer and a legacy for Indian youth football,” said Das. “It is a litmus test in terms of creating an impetus for youth football. At present we do not have system where players develop at an early enough age.”

Nor do they have the financial resources to compete with China but the signs are positive.

Sunando Dhar, CEO of the I-League, believes the forthcoming amalgamation, whilst initially having teething troubles, will ultimately provide the “best of both worlds” with a handful of clubs from the I-League joining the ISL via a tender process and the remaining I-League clubs forming  a new League One, currently the second division.  “We are trying to shake up the system,” he said. “Of course there will be some fallouts but we all agree something needs to be done.”

Iain Hume, who played for a variety of lower-league English professional clubs and now competes for Atletico de Kolkata where he enjoys almost superstar status at the age of 32, says he is enjoying the most exciting period of his career. “I’ve worked my whole career to become noticed yet now I cannot even go to the shops,” says Hume. “It’s above and beyond what I expected. The fans love the game so much.”

Yet Hume agrees that what Indian football needs most is proper youth development. “Athletically the Indian players are on a par with the rest of the world. It’s just a question of learning more quickly and from a younger age.”