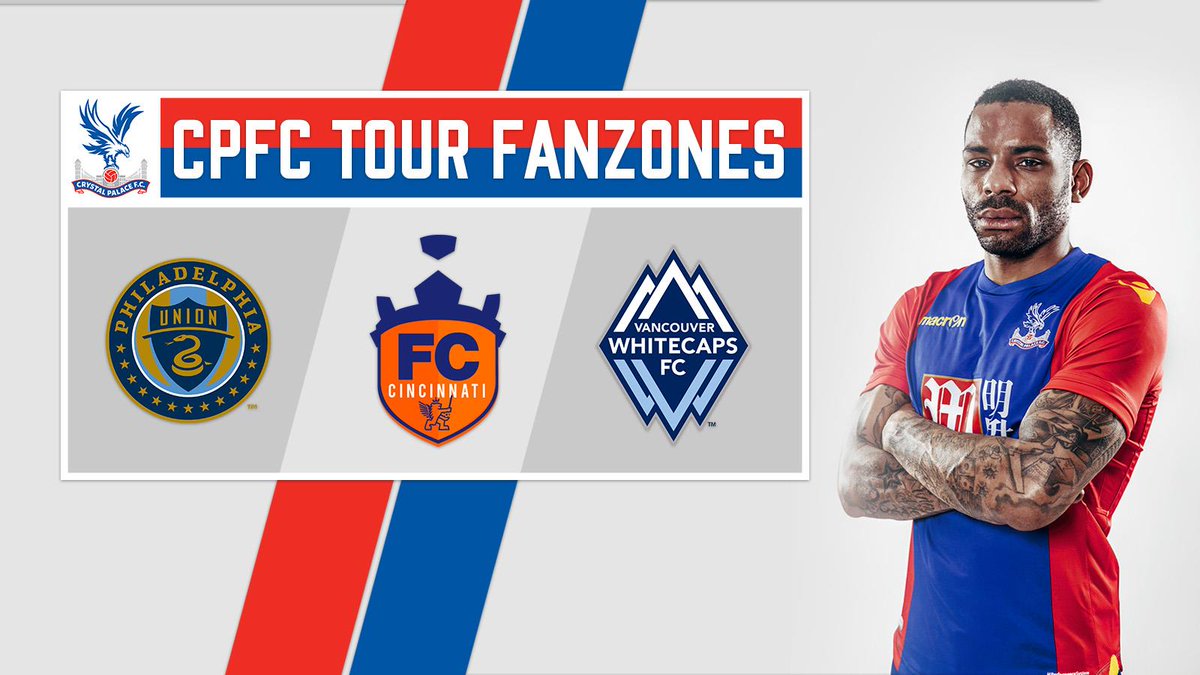 July 13 – Premier League Crystal Palace, currently on pre-season tour in the US, will have their second of three friendly matches streamed live on Facebook.

Today (Wednesday), Palace play MLS side Philadelphia Union, and on Saturday they face FC Cincinnati from the US’s second tier United Soccer League (USL) at the Nippert Stadium in Cincinnati. This match will be streamed live on the League’s Facebook page www.facebook.com/USLSoccer.

Palace finish their matches in north America on July 19 in Canada playing another MLS side, the Vancouver Whitecaps.

“We are excited for the opportunity for FC Cincinnati to partner with the USL and Crystal Palace on Facebook,” said Jeff Berding, FCC President and General Manager. “This digital initiative will be a great way to introduce the FC Cincinnati experience to new fans around the world as well as showcase our players, our tremendous supporters and the incredible atmosphere at Nippert Stadium.”

The USL will support the live stream with Facebook Live video. Leading into the match, the USL will offer 360-degree video and photographs. The 360 footage will be available exclusively on the League’s Facebook page following the match.

The USL is the largest professional football league in the US with 29 teams divided into two conferences – Eastern and Western – with each team playing 30 regular season games. FC Cincinnati are a new franchise this season.

The league has a TV deal with ESPN but is focused on expanding its digital strategy, including providing a larger broadcast platform. It already broadcasts all league games live via its match centre on YouTube.

“This game affords us a great opportunity to put this content on Facebook as we continue to build on our fan engagement and digital first strategy,” said Jake Edwards, President of the USL. “FC Cincinnati and Crystal Palace have also been great partners in making this stream and the digital experience of the match a reality. This match allows the USL to explore opportunities for a digital distribution partner for 2017 and beyond for our more than 450 matches across the United States and Canada.”