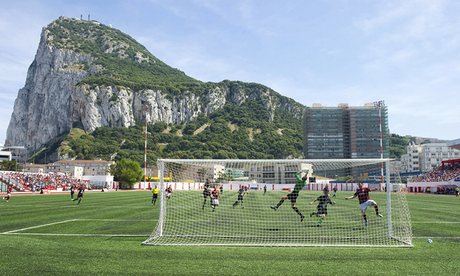 July 13 – Who on earth was Brendan Rodgers, the new manager of Scottish giants Celtic, trying to kid? Perhaps just himself. “There’s no embarrassment,” said Rodgers after his side were beaten 1-0 by Gibraltar part-timers Lincoln Red Imps in their Champions League second qualifying round first leg on Tuesday.

Quite a few people disagreed with that assessment. The whole of Europe in fact. For no embarrassment, read the most humiliating shock in the history of European club football. The British overseas territory of Gibraltar has a population 30,000. Celtic’s home ground alone holds double that number.

As David and Goliath ties go, few have ever produced such a stunning scoreline as Red Imps’ team of firemen, customs officers and taxi drivers finished off their day shifts before taking on and ultimately condemning Celtic to their worst ever defeat in what was Rodgers’ first competitive game in charge.

“I’m not really shocked. I know these results can happen,” said Rodgers. “We stay calm. We need a performance next week. You let the local team have their night, we press on, another week’s training and be better for it.”

Of course barring a miracle Celtic will get through the tie on aggregate but the fact they fielded eight full internationals in their starting eleven will not be lost on Rodgers and every fan of the green half of Glasgow whose reputation took a severe battering.

Before the match, Lincoln Red Imps captain Roy Chipolina claimed beating Celtic – who won the European Cup in 1967 – would be European football’s biggest shock and saw no reason to change his mind afterwards.

“When you look at the history of both clubs, nothing has changed,” he said. “We will be going over there more confident than we thought and, if miracles can happen again, we will knock Celtic out of the Champions League.”

Lee Casciaro’s second-half goal did the damage and although Leigh Griffiths twice hit the bar for the visitors, with European performances being very much the yardstick by which Rodgers, the former Liverpool manager, will be judged, it was a distinctly inauspicious and uncomfortable start.

While such a scoreline in next week’s second leg would be good enough for Celtic, it would still represent a moral victory for Red Imps whose name has already gone into the annals of the European game.