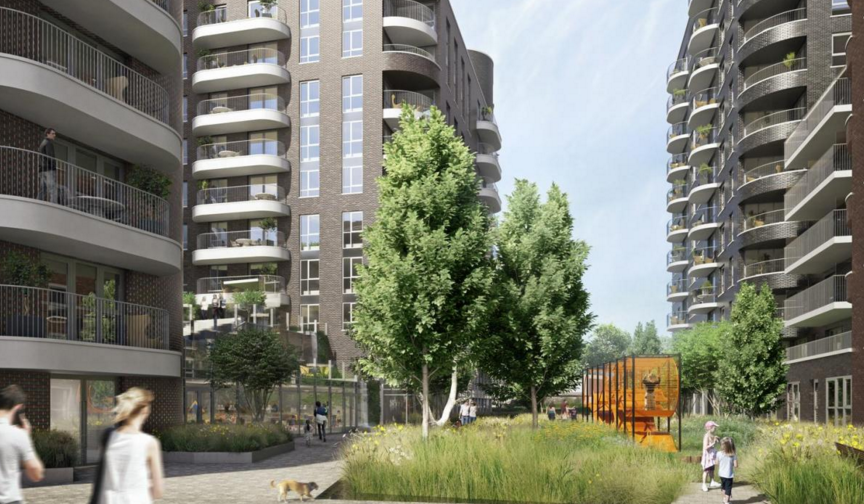 The club sees the £175 million development project for Old Oak Common – about 2 miles from their current Loftus Road ground – as the first step to getting a new stadium.

QPR’s wealthy Malaysian owner Tony Fernandes has championed the regeneration of the Old Oak and Park Royal area as an opportunity for the club to re-establish itself in the top flight with a big stadium catering to what has been dubbed the ‘Canary Wharf of the West’. Core to the regeneration is that it will benefit from future HS2 and Crossrail stations, creating a fast east-west transport route through London.

QPR is a major driver of the project with this first phase being key as it is the first major scheme approved by the Old Oak and Park Royal Development Corporation. The scheme will deliver 605 new homes – 40 per cent of which will be affordable – and a is being pitched as a new creative neighbourhood expected to attract companies from the new high tech economy providing hundreds of new jobs.

Construction will begin this year and is expected to take three years.

Fernandes emphasised that the new stadium would only be viable if it came hand-in-hand with the area’s regeneration. “This is the start of a long-term strategic investment for QPR at Old Oak and demonstrates our commitment to the area.

“While our primary interest is securing the future of the club through the construction of a new stadium, we will only be able to deliver this by taking equity interests in wider regeneration projects such as Oaklands.”

The project will provide a link road into Old Oak, opening up the wider area to regeneration. Ultimately, 25,500 new homes and 65,000 new jobs could be provided at Old Oak and Park Royal over the next 30-40 years. The planning permission granted to QPR is one of the largest housing development schemes in London.