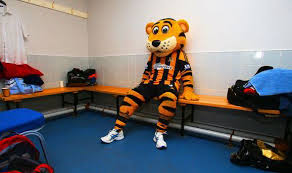 July 21 – Premier League club Hull City, promoted back into the top tier after a year in the Championship, will be sold, but not just yet. Owner Assem Allam has put negotiations on hold until after the summer transfer window closes and while they recruit players for the upcoming season.

“To ensure stability during the transfer window, the Club can confirm that takeover talks have been placed on hold until the summer window closes,” a club statement said.

“Whilst the owners intend to continue discussing a sale to interested parties in September, the priority for the coming weeks is strengthening the squad ahead of the start of the new Premier League season, particularly given the number injuries sustained to key players during pre-season.”

An Egyptian who has built his business in Yorkshire, Allam bought the club in a £40 million deal in 2010 and is reckoned to have spent a further £85 million on the club. The sale price is believed to be about £100 million.

The risk for any buyer is that the club is relegated in the first season it tries to re-establish itself in the top flight. Hence the requirement to build a squad capable of reducing that risk.

Allam put the club up for sale in 2014 after he failed in a bid to change the club’s name from Hull City to Hull Tigers – the Tigers nickname he felt was a much stronger brand to build the commercial operations of the club internationally.

A ferocious fan backlash over the proposed name change ensued, followed by the ruling by the Football Association that the name could not be changed. To make the situation more miserable for Allam, the club were relegated to the Championship at the end of the 2014/15 season. He had already hung up the For Sale.

Various buyers have been rumoured but it is believed that a preferred bid has been received from a US consortium.

The consortium, understood to be led by former Goldman Sachs chief Peter Grieve, are new to sports investing and had hoped to complete a deal before the end of the month and the start of the new season, according to local press reports. The negotiations have been on-going since May and while both sides would now appear to be comfortable with each other, they have not been able to conclude the deal and will reconvene again in September.