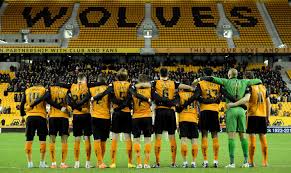 July 22 – Wolverhampton Wanderers, one of the most evocative names in English football but for several seasons in the second tier of the domestic game, are the latest club to fall into the ambitious hands of Chinese ownership following the announcement they have been bought by Fosun International.

The takeover sees 100% of the club’s shares and assets transferred from previous owner Steve Morgan to Fosun in a deal thought to be worth £45 million.

In an open letter to supporters, Morgan said Fosun had “made a commitment to invest between £20-£30m over the next two years” into the club. Chief executive Jez Moxey will also step down after 16 years at the club.

Fosun officials have vowed to take Wolves back into the Premier League and stay there.

“Our goal is crystal clear,” said Jeff Shi, the Fosun executive leading the deal. “We will do our very best to help take Wolves back to the Premier League as soon as possible. We believe the club and the fans belong at the top of English football and getting there is our first priority. We are delighted to have completed the deal to become the new owners of such a famous and historic club as Wolves.”

Wolves, put up for sale in September 2015, are the second Championship club to have Chinese owners after Midlands rivals Aston Villa were sold to Dr Tony Xia earlier this year. They finished a lowly 14th  in the table in 2015-16.

Under the chairmanship of billionaire businessman Guo Guangchang, Fosun are one of the largest investment groups in China. They have stakes in various leisure and entertainment projects around the world, including Club Med and Cirque du Soleil, and currently have interests in several UK companies including Thomas Cook.