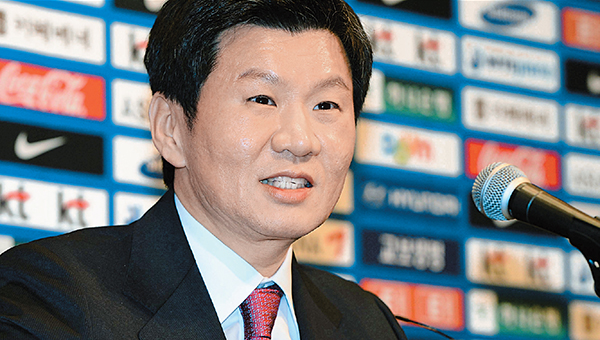 Chung is the chief executive of the construction firm Hyundai Development Co and was previously commissioner of the K League, which governs professional football in the country. He is also a member of the Asian Football Confederation Executive Committee.

Chung said he will establish solid divisional systems in Korean football. “Currently, we have the promotion-demotion system between the first division K League Classic and the second-tier K League Challenge, but there isn’t such a system in lower divisions,” Chung said.

“We will establish division systems across the nation so that anyone can enjoy football. What’s urgent at this moment is to have the registration system of amateur football clubs.”

“It’s a pity that our football culture is only based on winning games, from youth to pro football,” he said. “I want to create an environment where young people can enjoy playing football.”