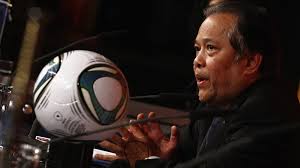 July 22 – FIFA ethics judges have opened a case against former Thai powerbroker Worawi Makudi, who faces a four-year ban for alleged election forgery and other misconduct.

Last week ethics prosecutors requested a ban of at least four years and a CHF25,000 fine. Charges against Makudi include “forgery and falsification” and refusing to cooperate with investigators.

The case relates to Makudi’s 2013 re-election to lead the Thai football federation. He was a member of FIFA’s executive committee for 18 years until Asian federations voted him out in April 2015.

Makudi will be invited to submit evidence and may request a personal hearing. “For reasons linked to privacy rights and the presumption of innocence until proven guilty, the adjudicatory chamber will not publish further details at the moment,” said a brief statement.