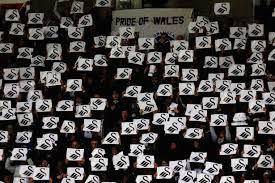 22 July – American owners of British football clubs have not always proved ideal bedfellows but Swansea City will hope for a different outcome after an American consortium completed the purchase of a controlling stake in the Premier League team.

Jason Levien and Steve Kaplan, experienced in running US sports teams, led a group that bought a controlling stake of 60% in the Welsh side following a meeting with chairman Huw Jenkins. Swansea Supporters Trust retain a 21% shareholding in the club.

The new majority shareholders broke the news in an open letter to supporters. They had been due to hold a press conference on Thursday afternoon, but it was delayed due to a dispute between minority shareholders.

Although retaining its stake, the Supporters Trust was ‘disappointed’ about not being included in any talks. In a statement the trust said it felt the new owners had not given sufficient indication about investment.

Levien is the managing general partner of Major League Soccer side DC United, while Kaplan is principal of Oaktree Capital investment fund and vice-chairman of NBA franchise Memphis Grizzlies.

The Americans are believed to have paid £100 million for their stake.