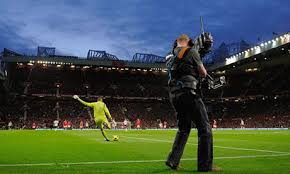 August 9 – The Premier League has been cleared to continue its UK broadcast rights sales after regulator Ofcom closed an investigation into how live rights are sold and whether the auction system restricted or distorted competition.

The two-year investigation began after a complaint by cable operator Virgin Media that the Premier League’s restriction on the number of matches available for live broadcasters was a competition restraint and caused price inflation that wasn’t market based.

With each match being exclusively shown on either Sky Sports or BT Sport, they argued the head-to-head blind auction artificially increases prices. This price increase, they said, is then passed on to consumers who end up overpaying for live TV matches.

The Premier League sells it s rights on a three-year cycle and the 2016/17 season is the start of a bumper £5.1 billion deal that was a 71% increase on the previous UK broadcast deal with the same broadcasters.

The Ofcom decision to drop the investigation has not come without some horse-trading however, with the regulator saying it had taken into account “the Premier League’s recent decision to increase the number of matches available for live broadcast in the UK, to a minimum of 190 per season from the start of the 2019/20 season. This will be an increase of at least 22 matches per season over the number sold for live broadcast in the Premier League’s auction in 2015.”

Ofcom also noted that the next rights auction will include a ‘no single buyer’ rule, which means that more than one broadcaster must be awarded rights. In effect this will open up more live matches for a second buyer in the all-important weekend timeslots – at least 42 matches per season of which a minimum of 30 will be available for broadcast at the weekend.

This still enables the Premier League to protect the 3pm kick-off time from Live broadcasts.

In coming to its decision Ofcom said it had looked into the preferences of match-going and TV watching fans. It said: “A fifth of fans said they wanted to see more matches televised live. A similar proportion said they were happy with the overall number of matches broadcast live, but wanted to see different matches shown.

“Among match-going fans, a high proportion said that the day of the week and kick-off time was of high importance, with over two-thirds of this group identifying the Saturday 3pm kick off as their preferred time to attend.”

Ofcom effectively ruled in favour of maintaining the ‘closed period’ – no broadcast matchest between 2.45pm and 5.15pm on a Saturday – as “a balance would need to be struck between the potential benefits of releasing more matches for live broadcast, and the potential disruption on match-going fans due to these games being rescheduled” for broadcast reasons.

Pay TV subscribers are already paying more for their services. Sky has pshed up subscription costs twice, including by 8% in June. BT and Virgin Media have similarly applied above-inflation increases. They both re-sell Sky’s channels on their platforms.

Despite the concessions the Ofcom decision is a win for the Premier League and its clubs who will be able to continue to set the rules of its auction process which will begin over the next year with a decision on rights winners expected at the end of next year.