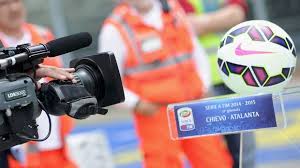 August 24 – Chinese broadcaster LeSports is testing the pay-per-view model on broadcasts of some of Italy’s Serie A matches in China.

LeSports bought the Serie A rights from sports media company MP&Silva in 2015. Games were broadcast free to air In the 2015/16 season, but LeSports has said it will now charge for some games this season.

The 2016/17 Italian Serie A football kicked off last weekend with AS Roma vs Udinese broadcast live LeSports channel, but only once viewers had paid – matches cost RMB10 per game.

LeSports has confirmed that it will charge for two out of the 10 games in each round of the Serie A season. The other matches will remain free to air.