August 26 – When it comes to being good football citizens, Dutch clubs are the best in the world, followed by the Danish and then the English. This is according to the RESPONSIBALL rankings of social responsibility scores of the top league clubs and leagues across Europe.

This is the sixth RESPONSIBALL ranking that charts the progress of social responsibility at clubs around “three main pillars of governance, community and environment”. 18 leagues were surveyed.

The ranking sees the top three nations occupying the same three positions as last year’s ranking, but what the research behind the rankings finds is that “a growing number of football clubs and organisations begin to use international social responsibility (or ‘sustainability’) standards to report on their performance,” said Schwery Consulting, compilers of the data.

The ranking of the top 18 leagues is dominated by Europe with 16 of the ranking positions. The MLS comes in at 11th and Australia’s A-League is ranked 14th.

Special mention is given to “governing bodies UEFA and FIFA who began using the frameworks to report on the social, environmental and economic impact of Euro and World Cup tournaments; and now we’re also seeing the likes of the two Italian giants AC Milan and Juventus, as well as FK Austria Wien publishing reports…” 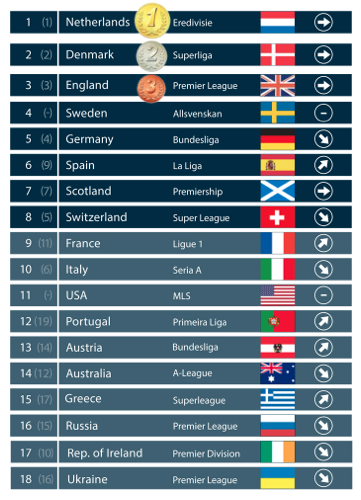 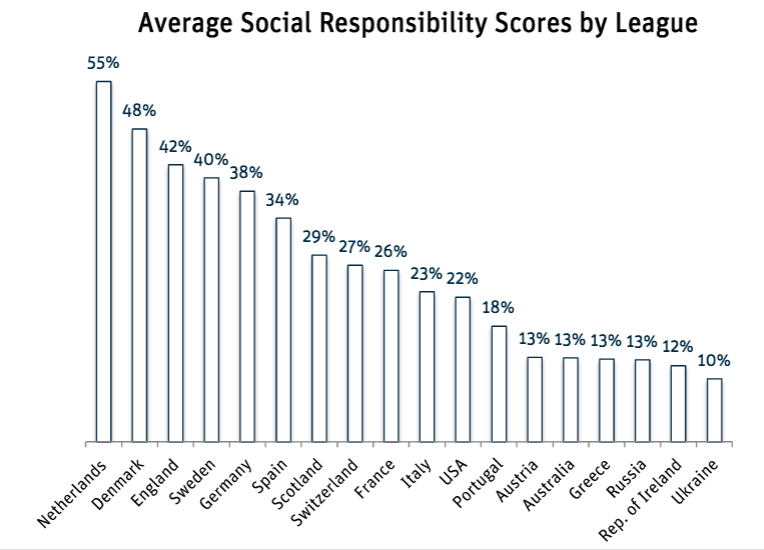